On the Road: Tombstone Arizona! 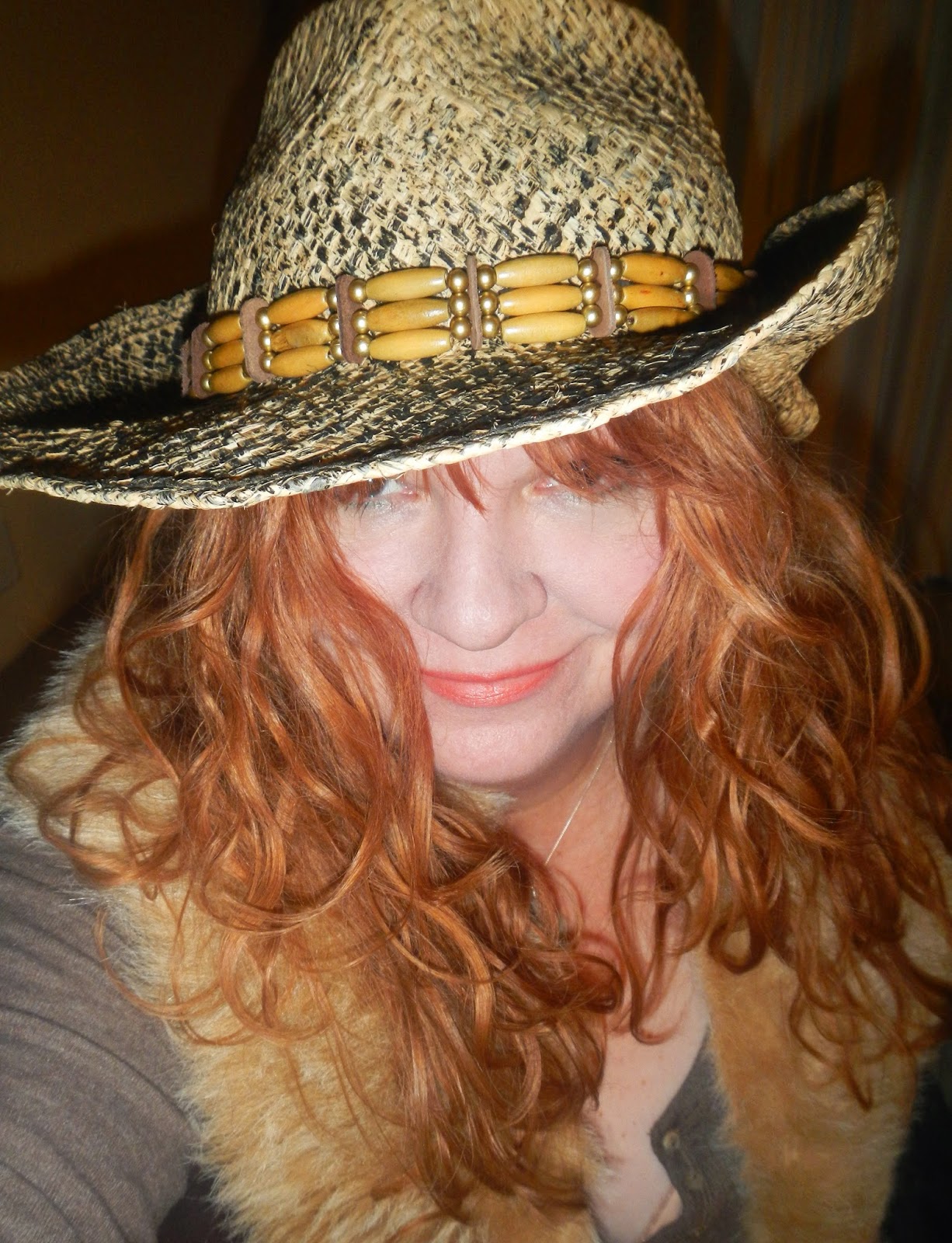 Julie and I trekked on, putting on our hats and boots and stepping back in time in Tombstone!

We worried we might be off on a bad note. We checked into the Tombstone Grand and it set the tone by having their computers out, except for one, and a line of bikers waiting to check in. A long while later and with a guy at the front desk who couldn't give proper directions for the rooms, we managed to enter to find they had stairs and no elevator on our end, so we had to make a few trips dragging luggage up to our room. Hot and exhausted, I tried the soda machine - all out. Checked for ice -- none. The bed was hard. It was noisy. And generally so miserable that I highly advise do not stay there!

That being said, we did decide to do Tombstone up and so we walked the streets and checked things out before going out to supper at Big Nosed Kate's Saloon where they had live music, cold beer, and lots of yummy appetizers. The place was packed on a weeknight and everyone was having a good time in their hats and boots. 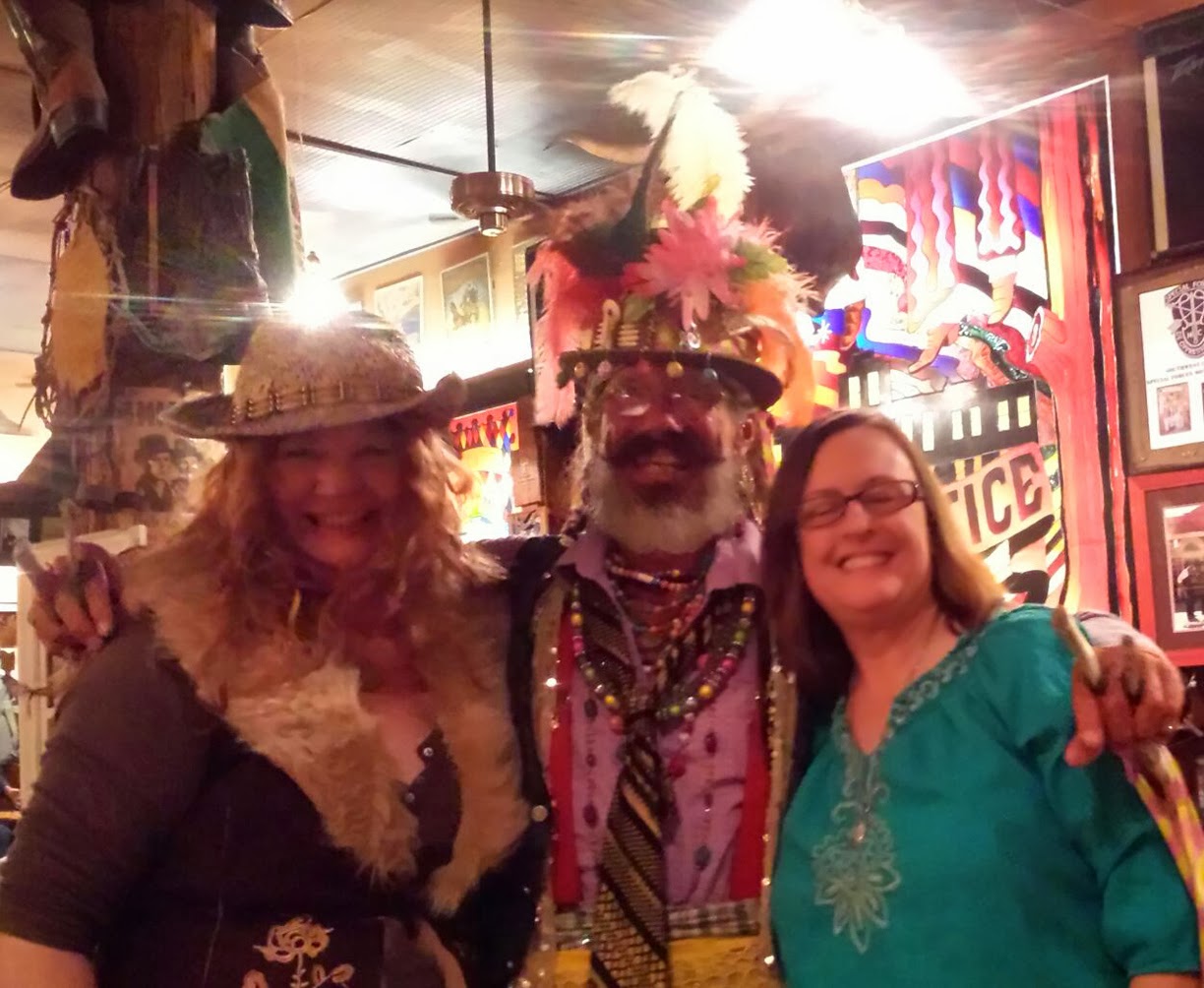 We saw a colorful man at the next table willing to pose with us. He calls himself Johnny Bones and he ties rib bones to his fingers and clanks them and tambourines on his knees and plays them as he dances. He's colorful, happy, and the band wanted him to join in for their songs. It was quite the show.

We promised to meet up with him on the street the next day and we did (more on that later)....

The next day, we woke up and got ready and headed out across the road to the infamous Boot Hill Cemetery. 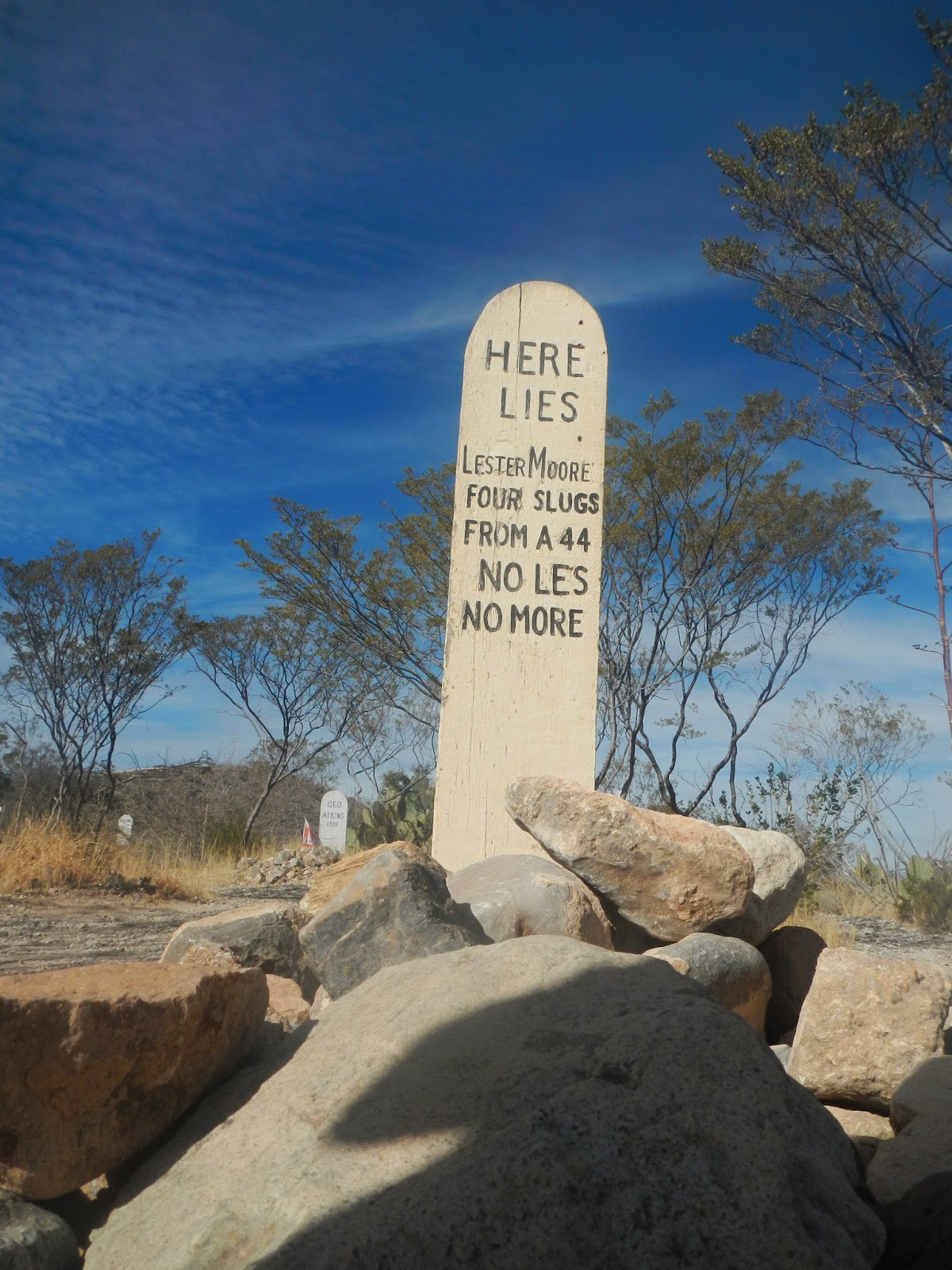 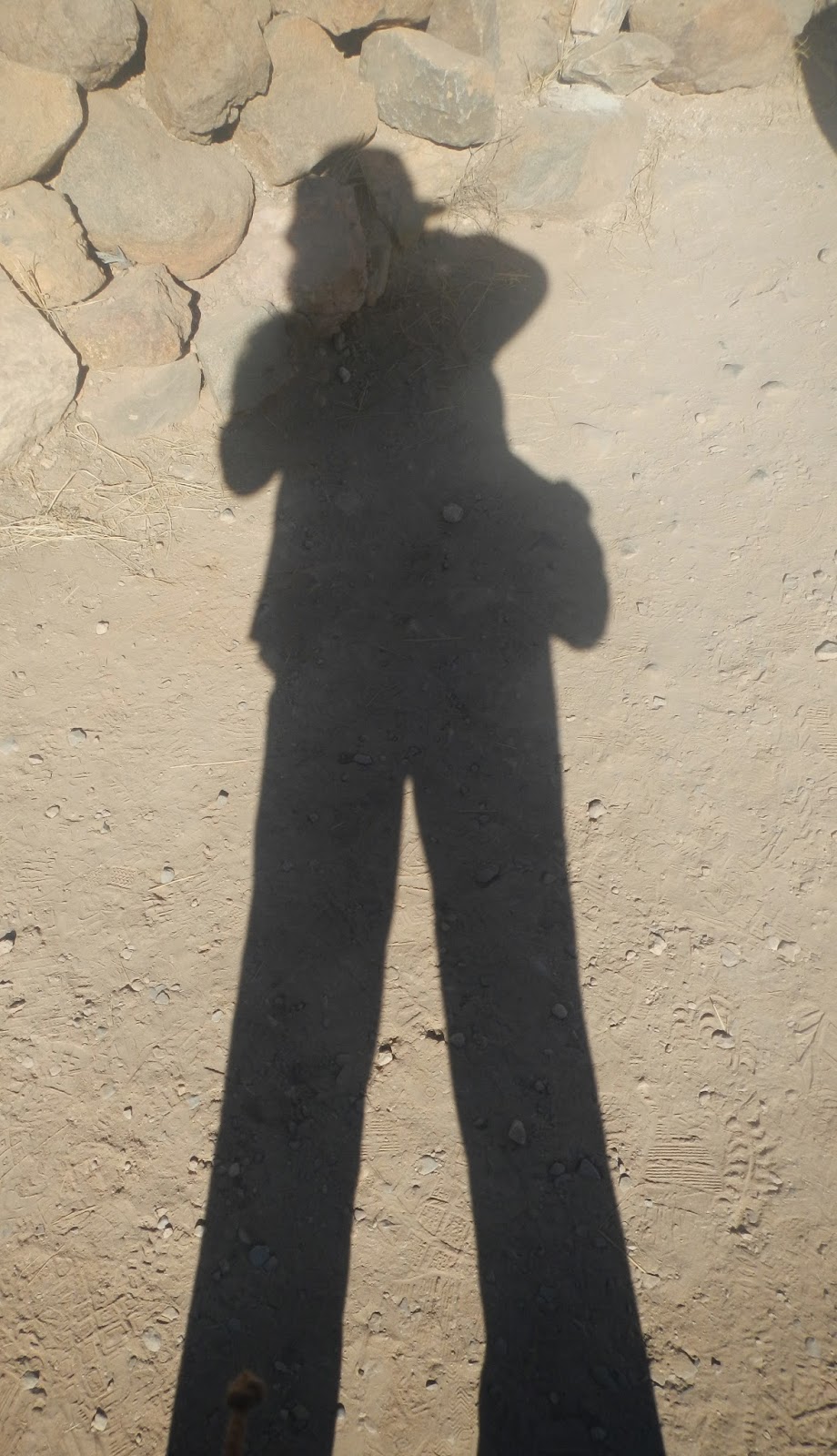 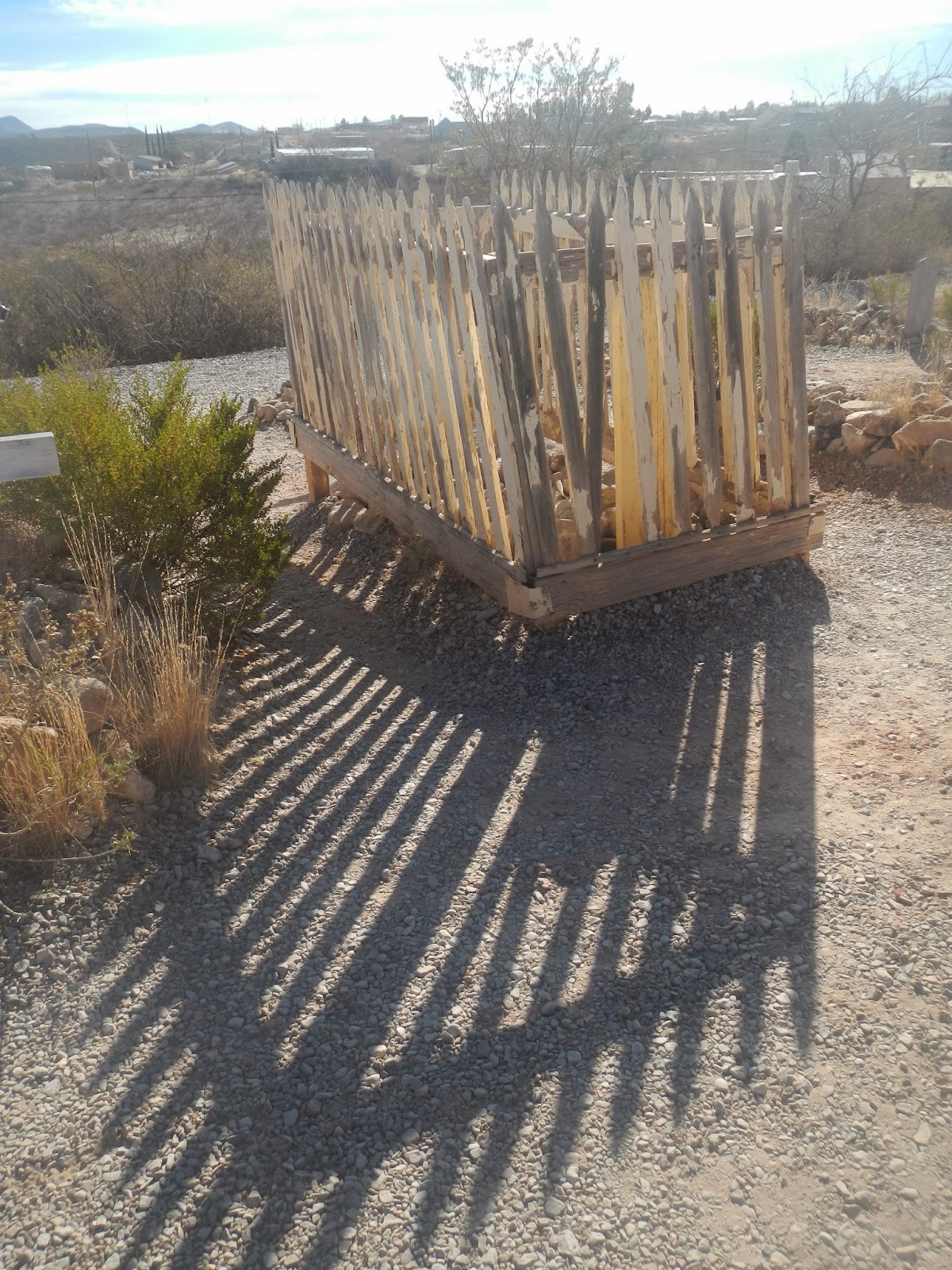 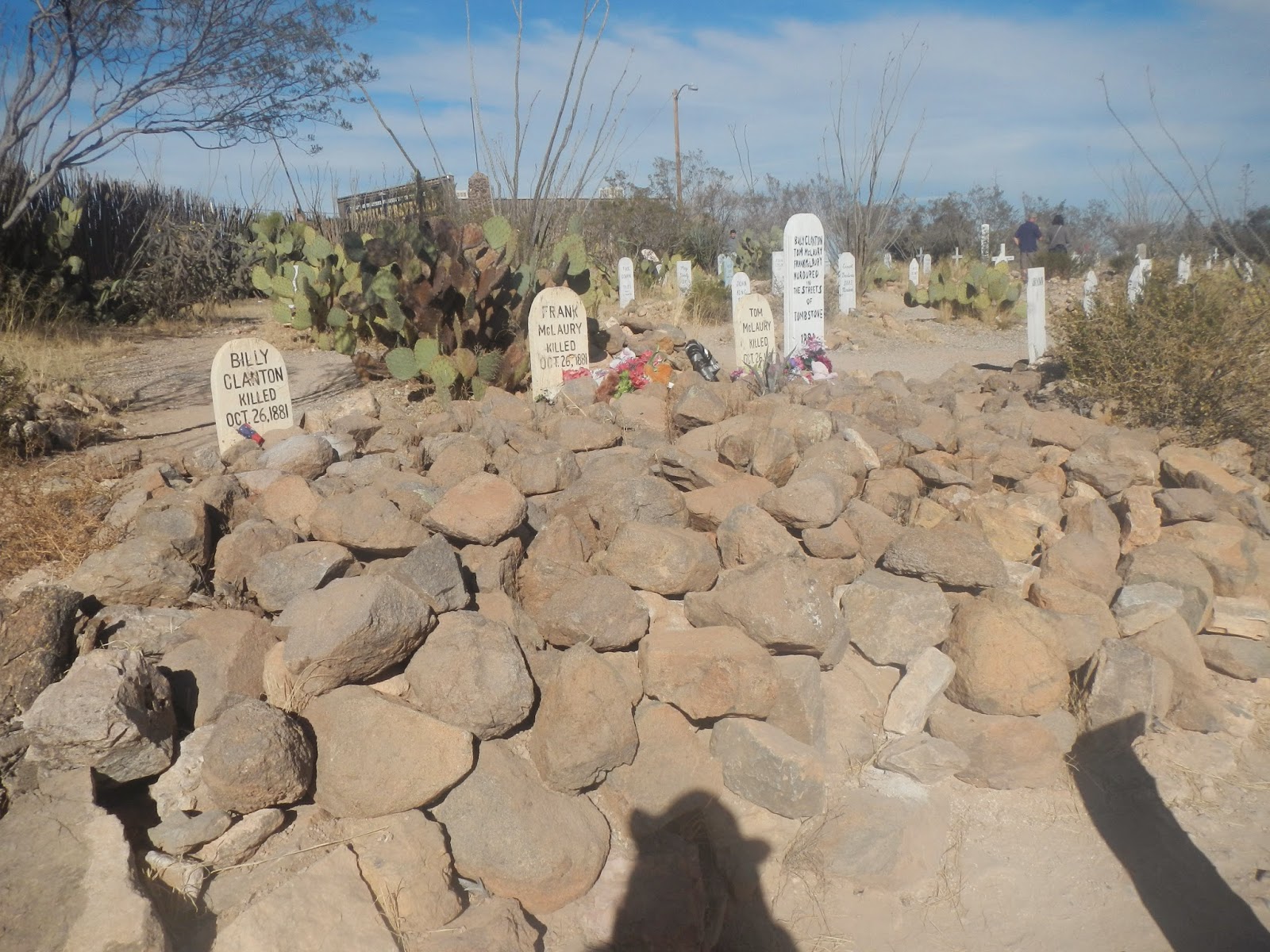 Boot Hill has a quaint gift shop and the grounds have scenic vistas while you study the sometimes funny and goofy headstones and the seriously historic ones.

We finished Boot Hill and headed to OK Corral to get some tickets to see the noon shootout re-creation. 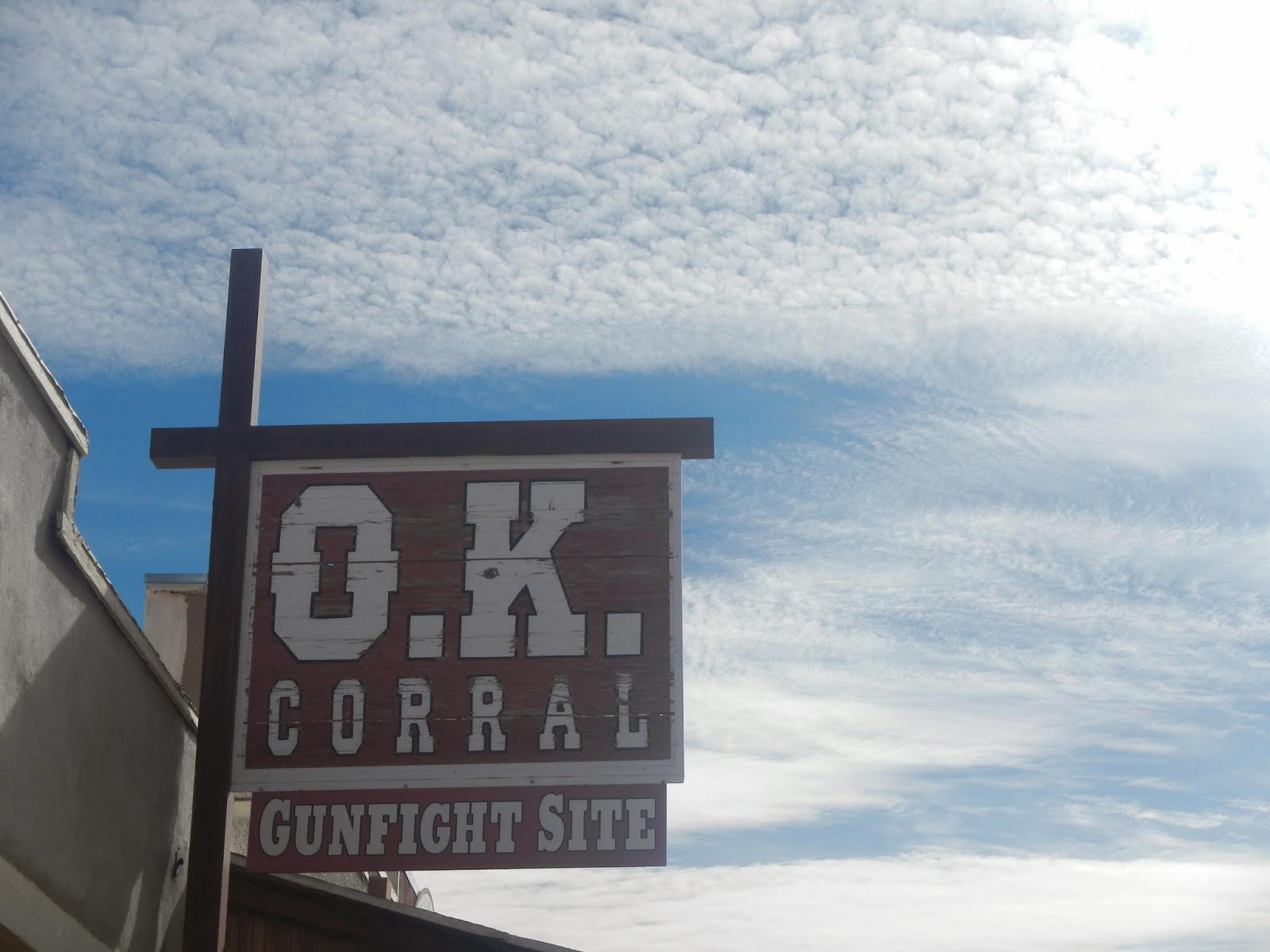 While waiting for the carriage ride, we walked around town and then decided to do the horse carriage ride which was great. It rode us up and down the roads and the driver told us the story of all the sites and what happened there. 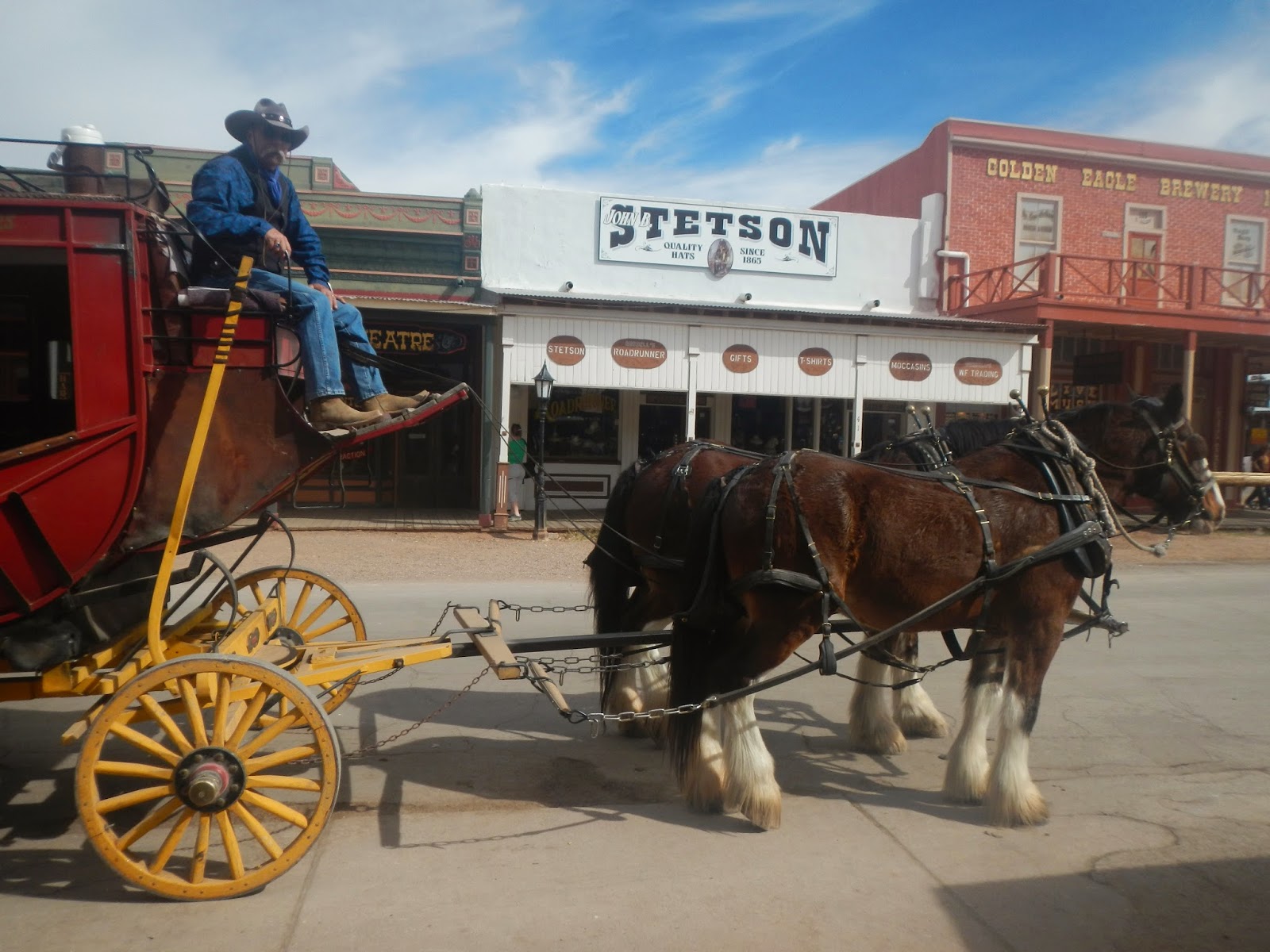 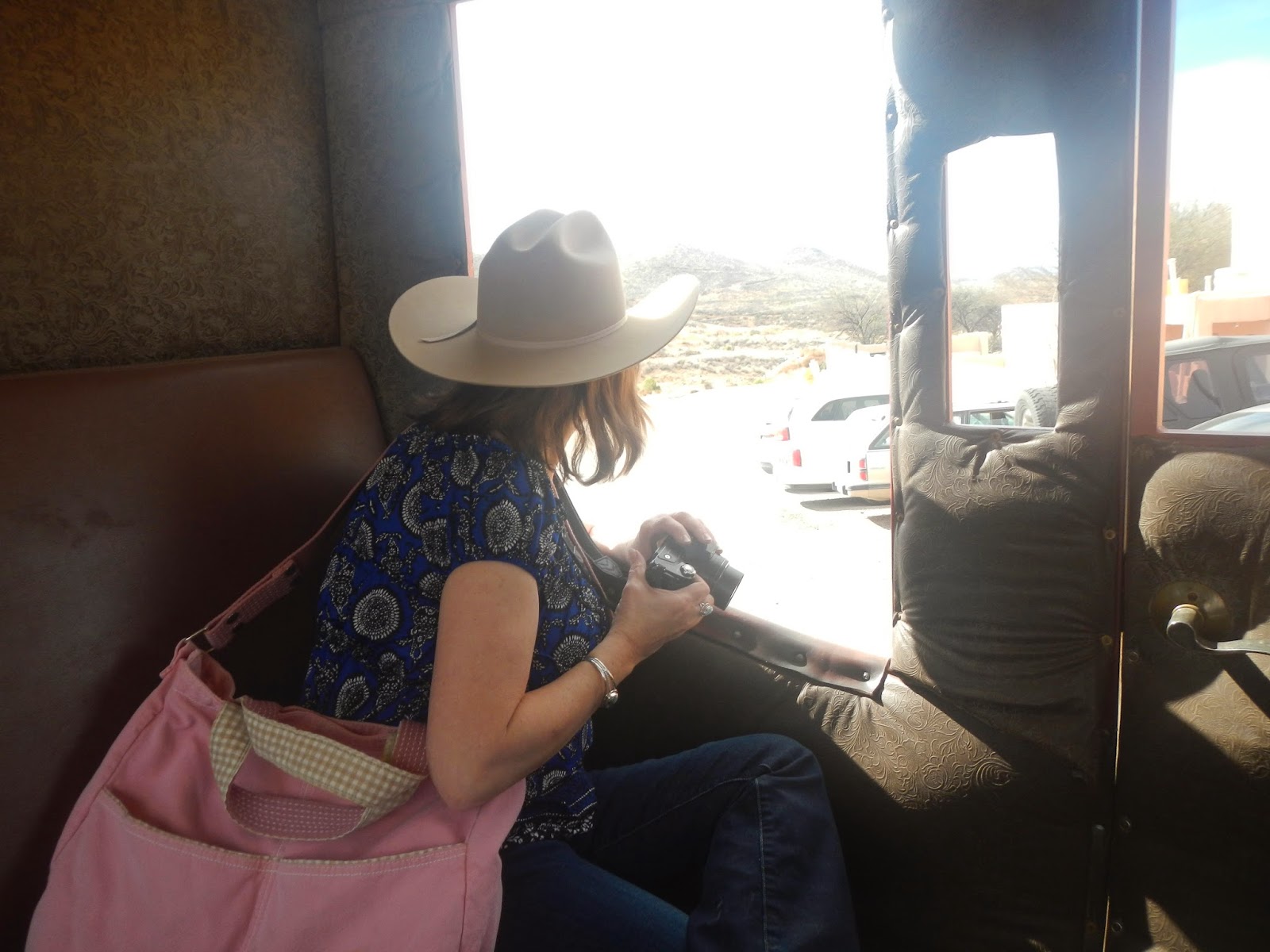 We got out and went over to the OK Corral shoot-out. 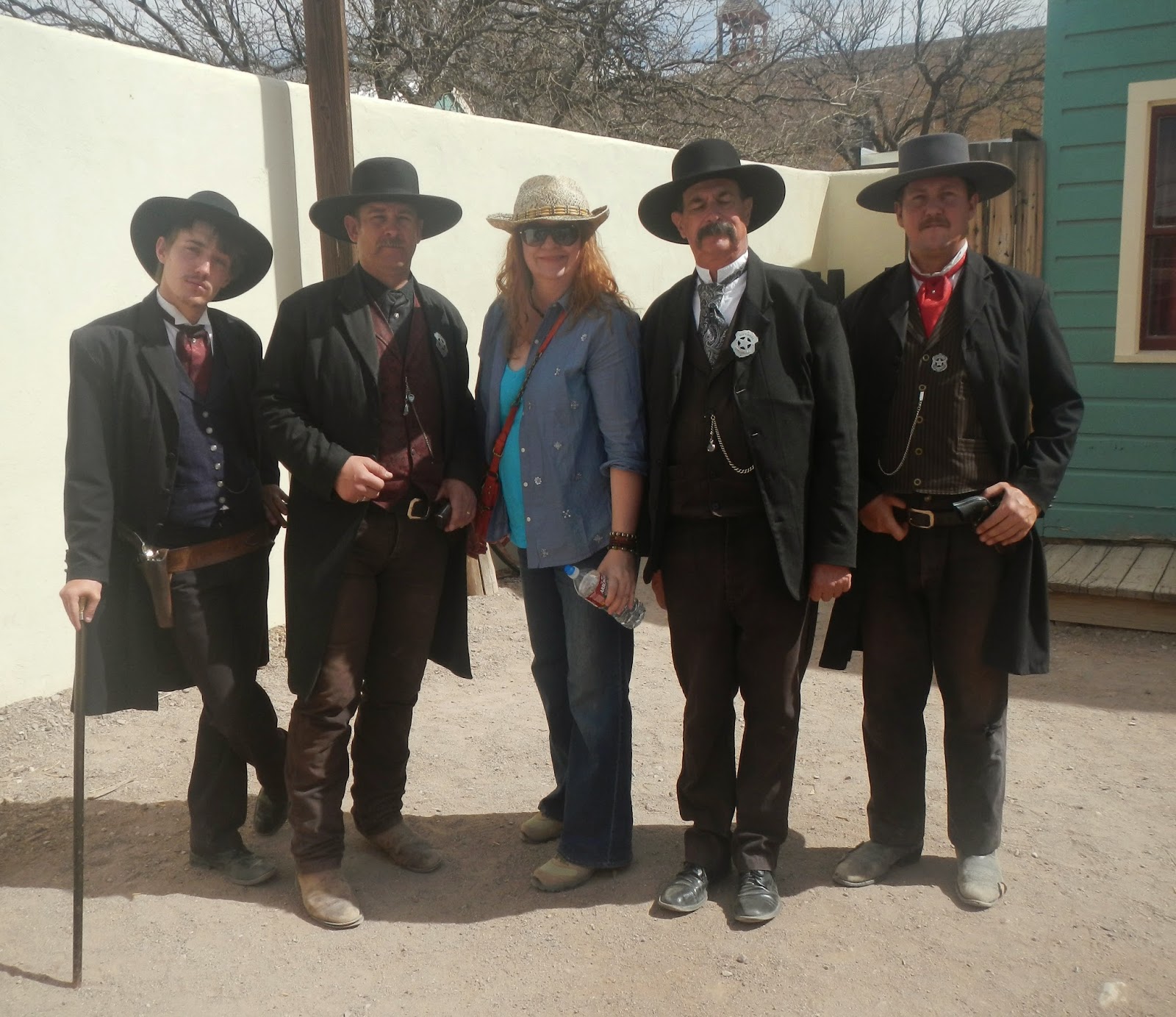 We did a little shopping and headed over to the Bird Cage Theater. A few years ago, Julie and I were part of a group that did a ghost study at the Bird Cage late at night and it was very interesting. We decided to go in the daytime and photograph some. 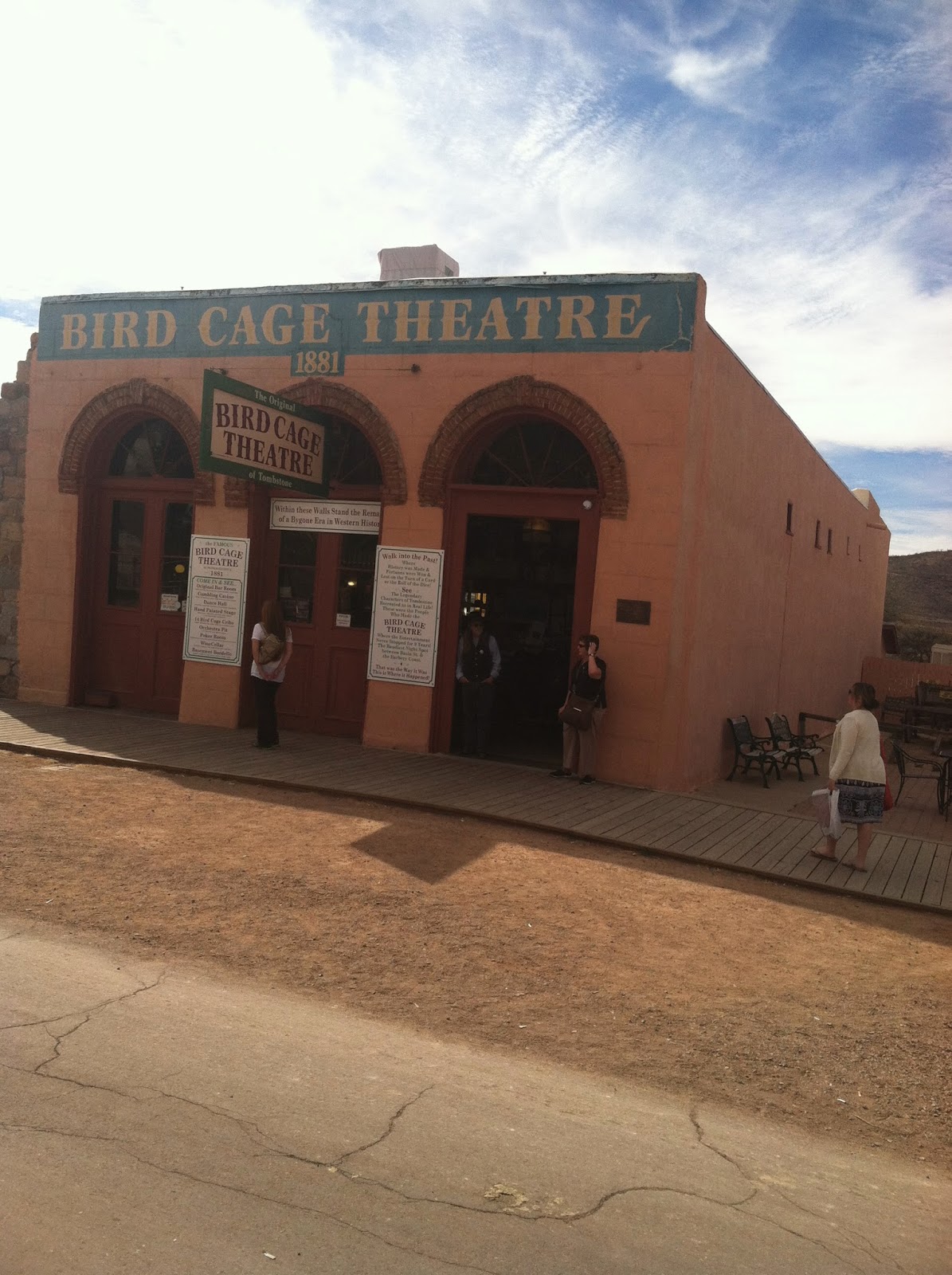 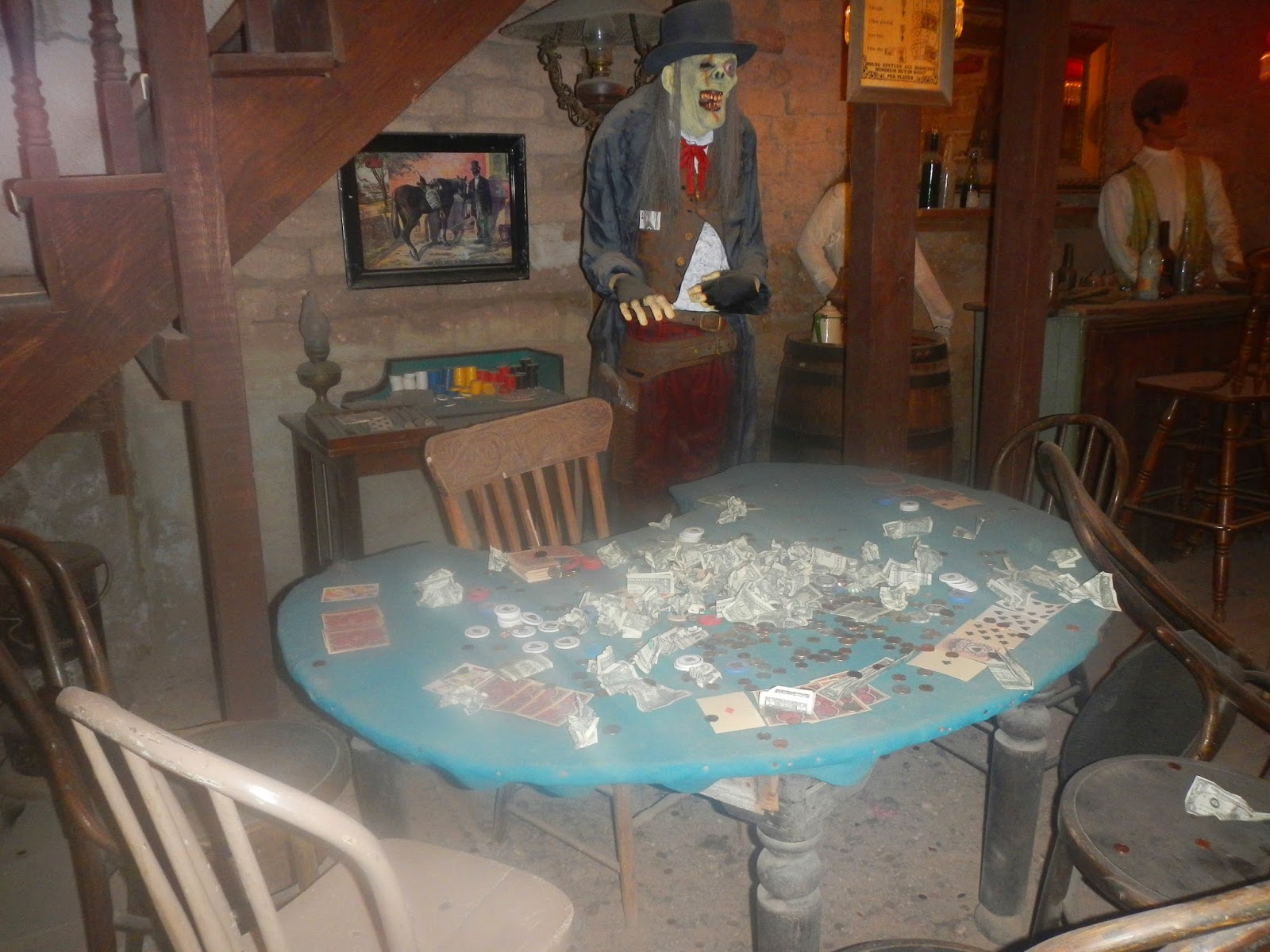 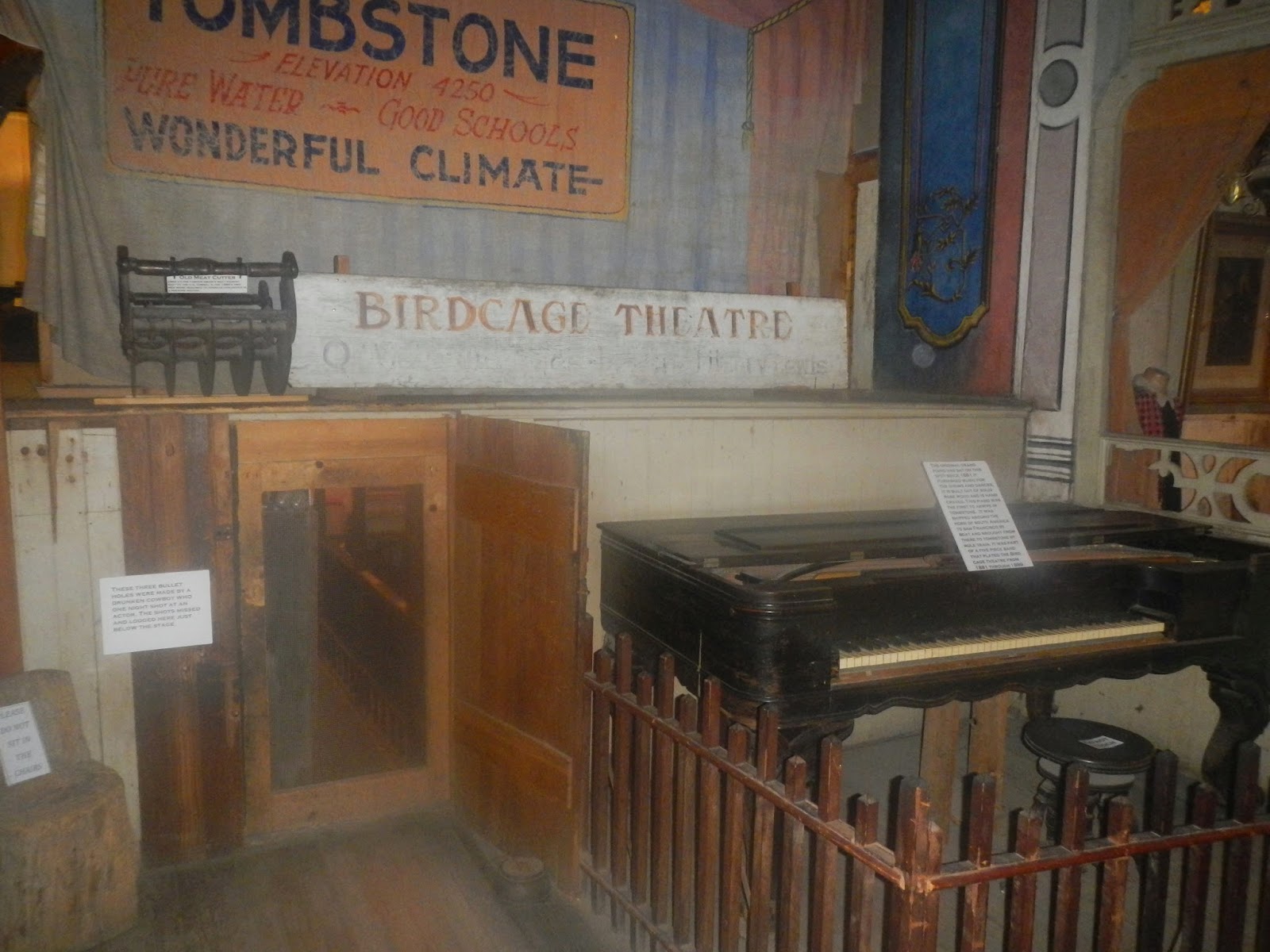 Lastly, on our way out, we ran into our buddy, Johnny Bones performing. If you run into him, tip him big! The dude is really smart, really super nice, and just a total delight. I could have hung out with him all night and talked stories. He had lots of great ghost stories to share too.

When we got back to our room, I had my first two shots of tequila ever and, well, I decided to explain Arizona history -  (as you can tell, I'm a lightweight)


Julie and I decided to hit the road for Bisbee. The next leg of the trek on tomorrow's post -