On the Road: THE THING! 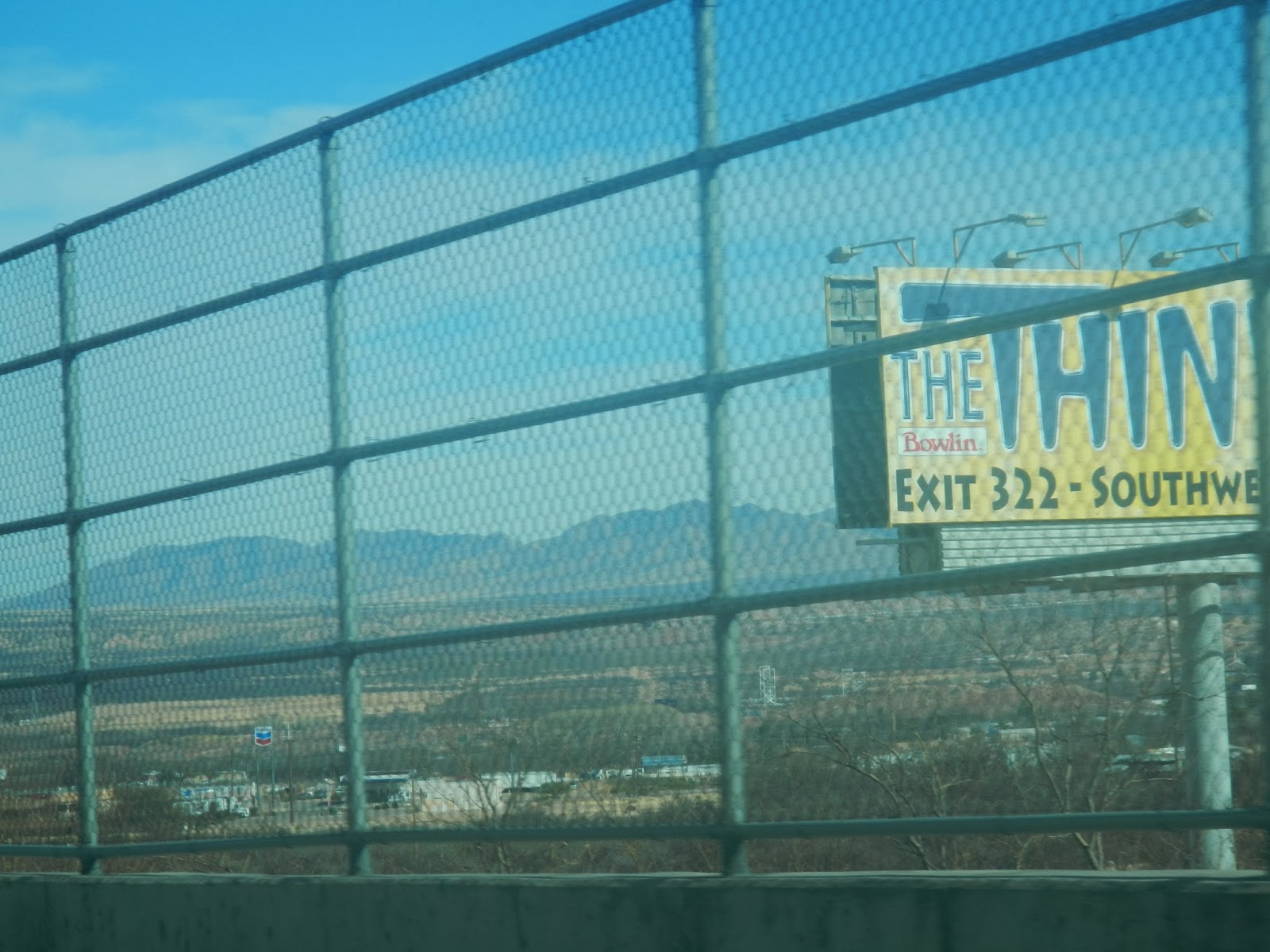 Julie and I took an insane trek through Southern Arizona this past week! We started off heading south from Phoenix, past Tucson, Past Benson to see "The Thing." This gift shop in the middle of the desert on the way to New Mexico houses a lot of freaky awesome Arizona cheesy gifts but also lots of cool props and strange collectibles including what is said to be a "mummified woman and her baby mummy."

(WIKIPEDIA) -
The step-great-great-grandson of Homer Tate and the curator of the Arizona Historical Society-Pioneer Museum in Flagstaff have said that this was created by Homer Tate. The roadside area was the creation of attorney Thomas Binkley Prince, who was born in Texas in 1913. In the 1950s, Prince and his wife Janet opened their first Thing roadside attraction and curio shop on Highway 91 between Barstow and Baker, until the expansion of the road into an interstate highway brought about the loss of the building. In 1965 the Prince family packed up The Thing and moved to the current location in Arizona. A heart condition and several strokes led to Prince's death in 1969 at the age of 56.  Syndicated columnist Stan Delaplane traced The Thing back to 1950. Janet Prince, who later moved to Baltimore, Maryland, was interviewed by Delaplane in 1956 and told him, "[A] man came through here about six years ago. He had three of them he got somewhere. He was selling them for $50." Today, the attraction is operated by an Albuquerque-based company, Bowlins, Inc., which owns several roadside trading posts throughout the Southwest.

You pay your $1 and you are sent out a door to the outside, to follow the footprints through buildings of displays until you get to (drum roll...) THE THING! 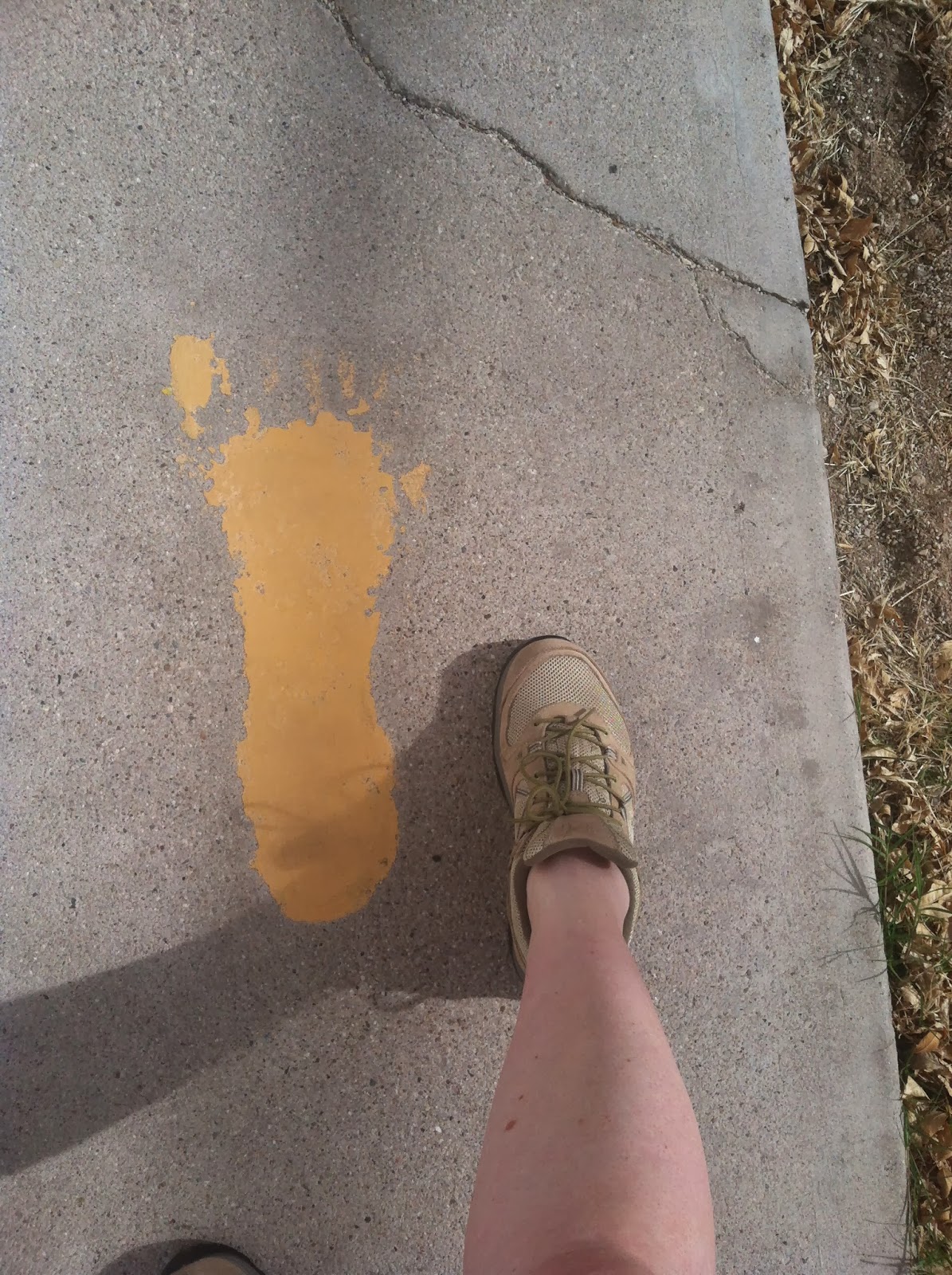 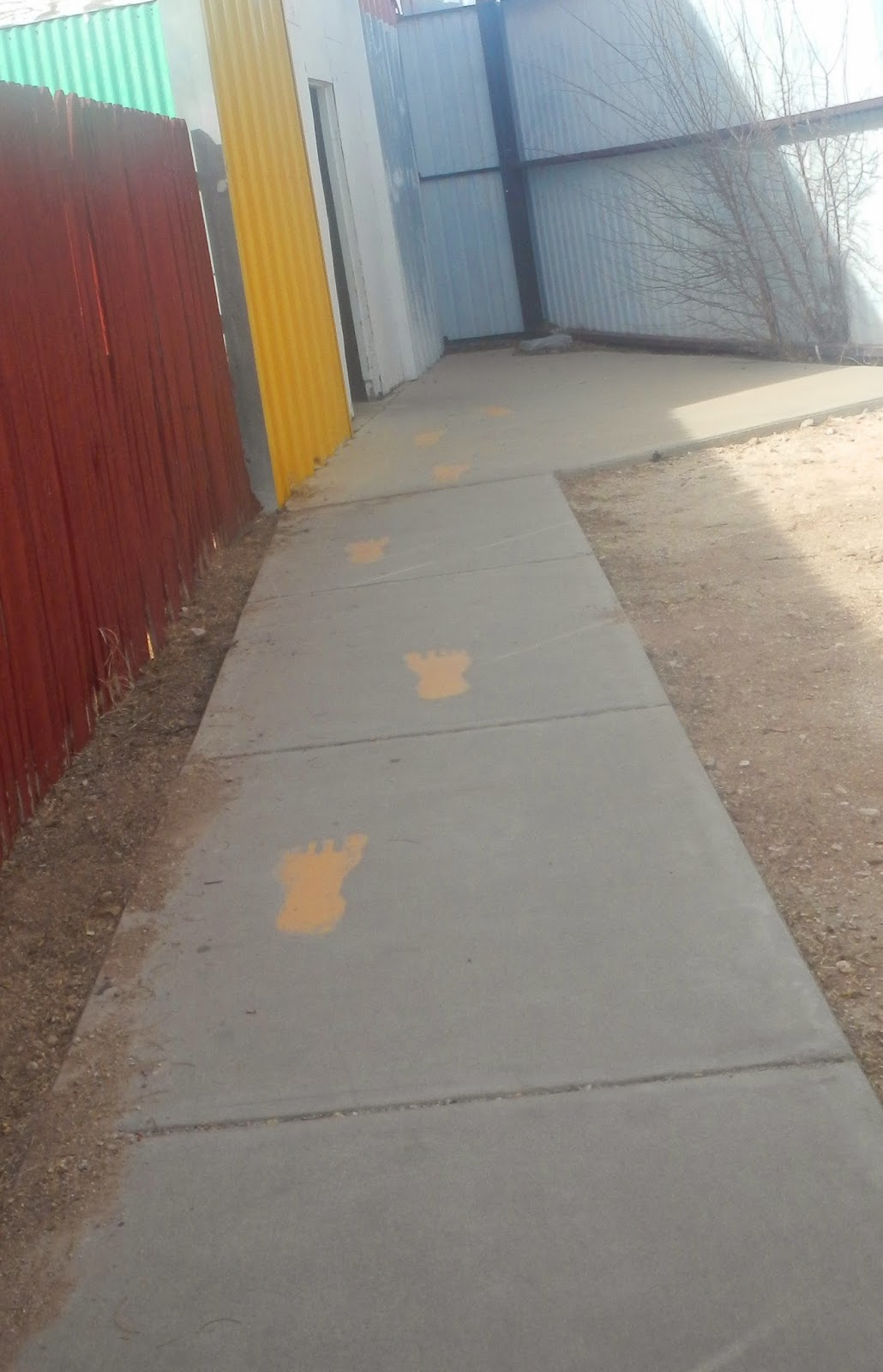 There were lots of strange wooden art figurines and lots of old cars and odd displays in cases of random items from the past and dug up from the earth... Supposedly one of Hitler's Rolls Royces. 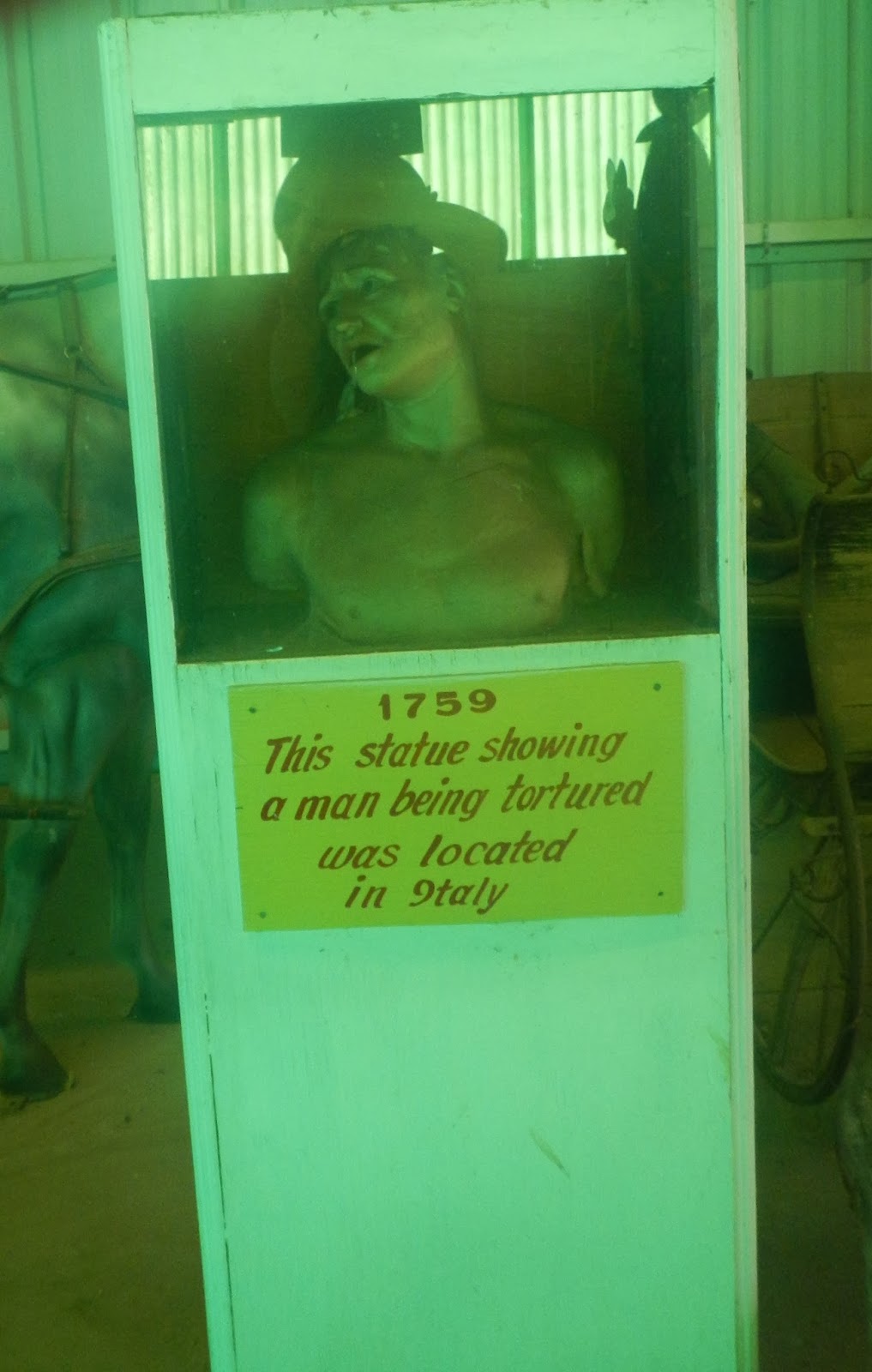 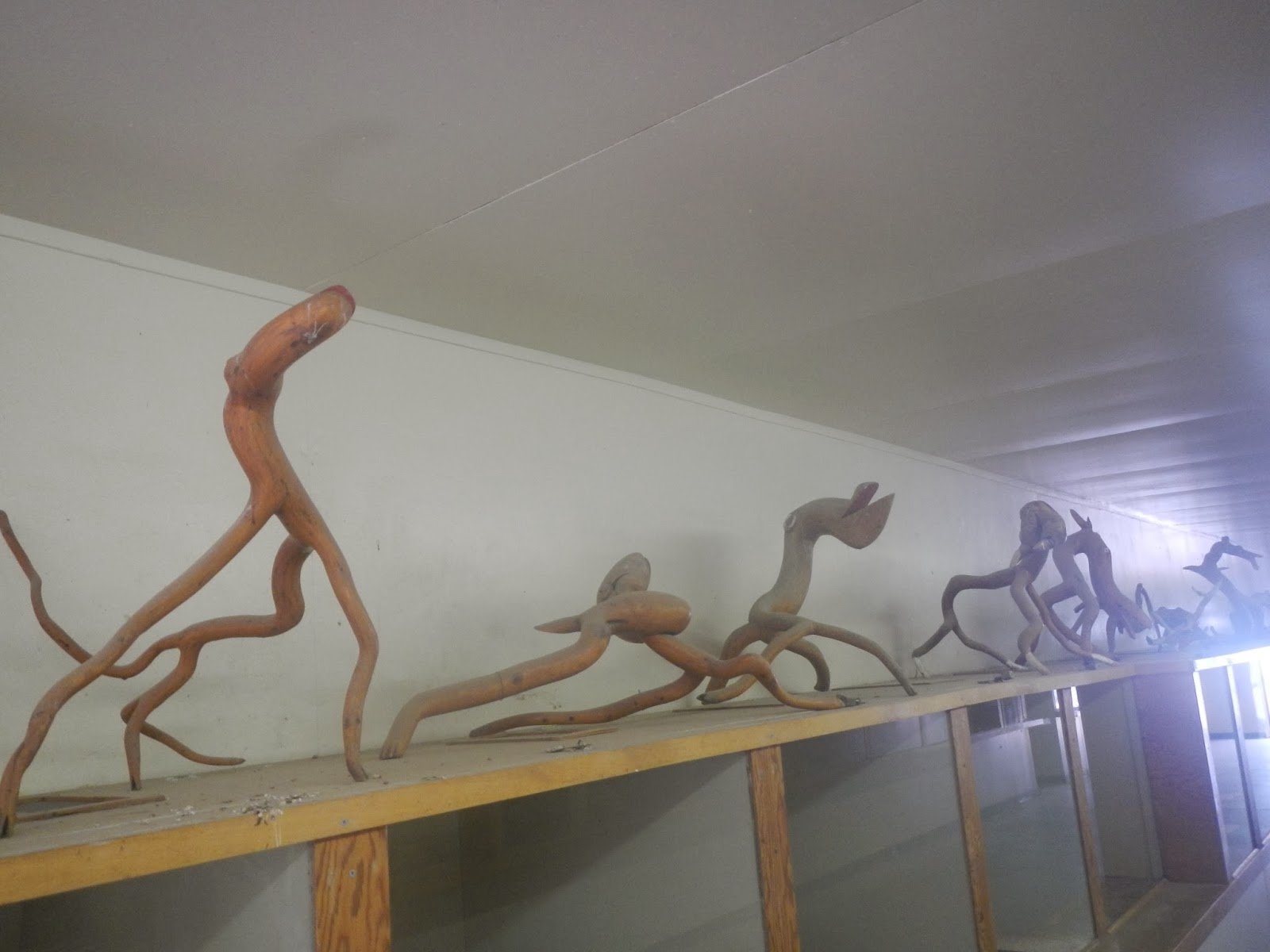 Finally, we got to the infamous room where, within a glass case, THE THING awaited us! 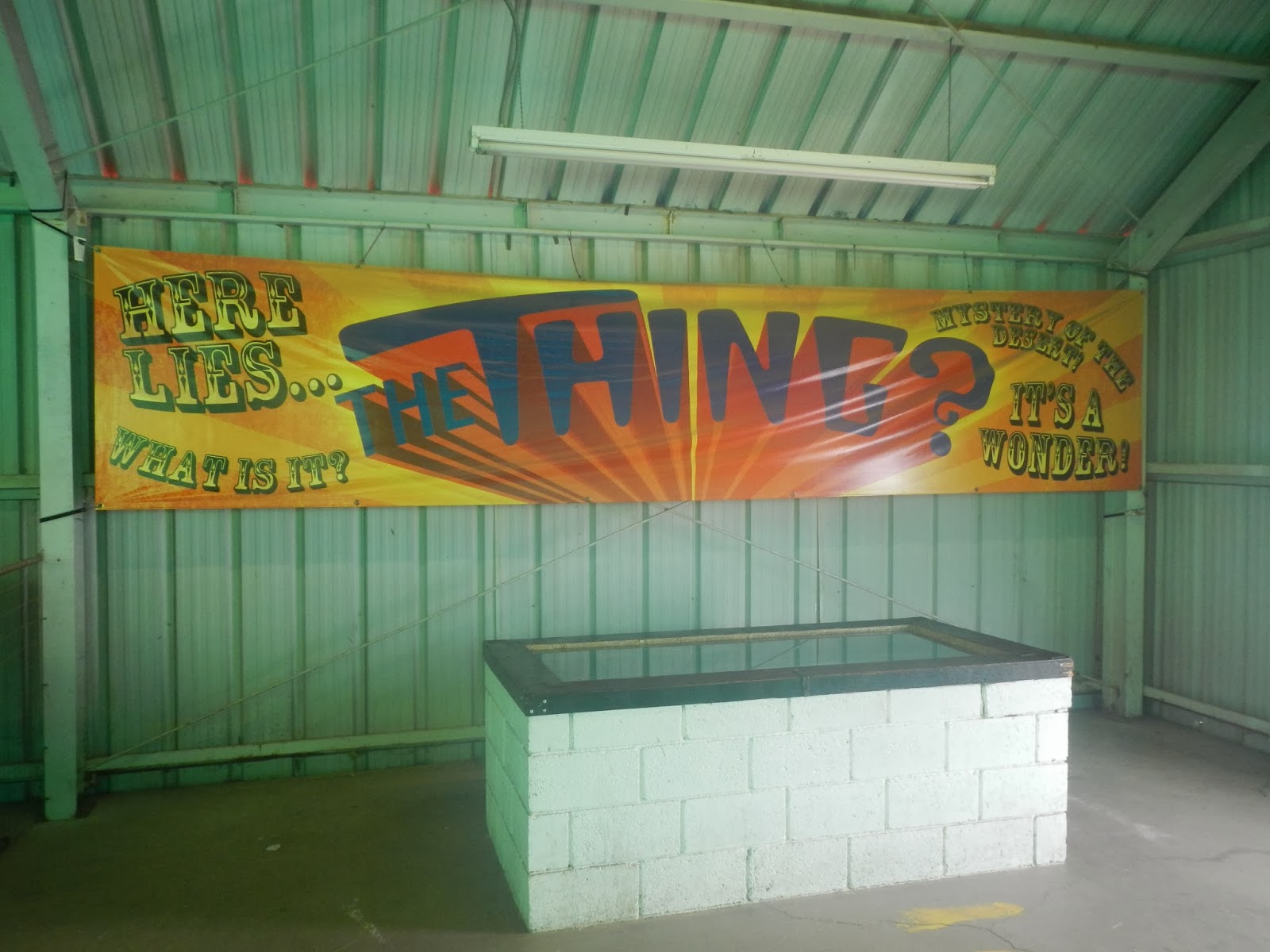 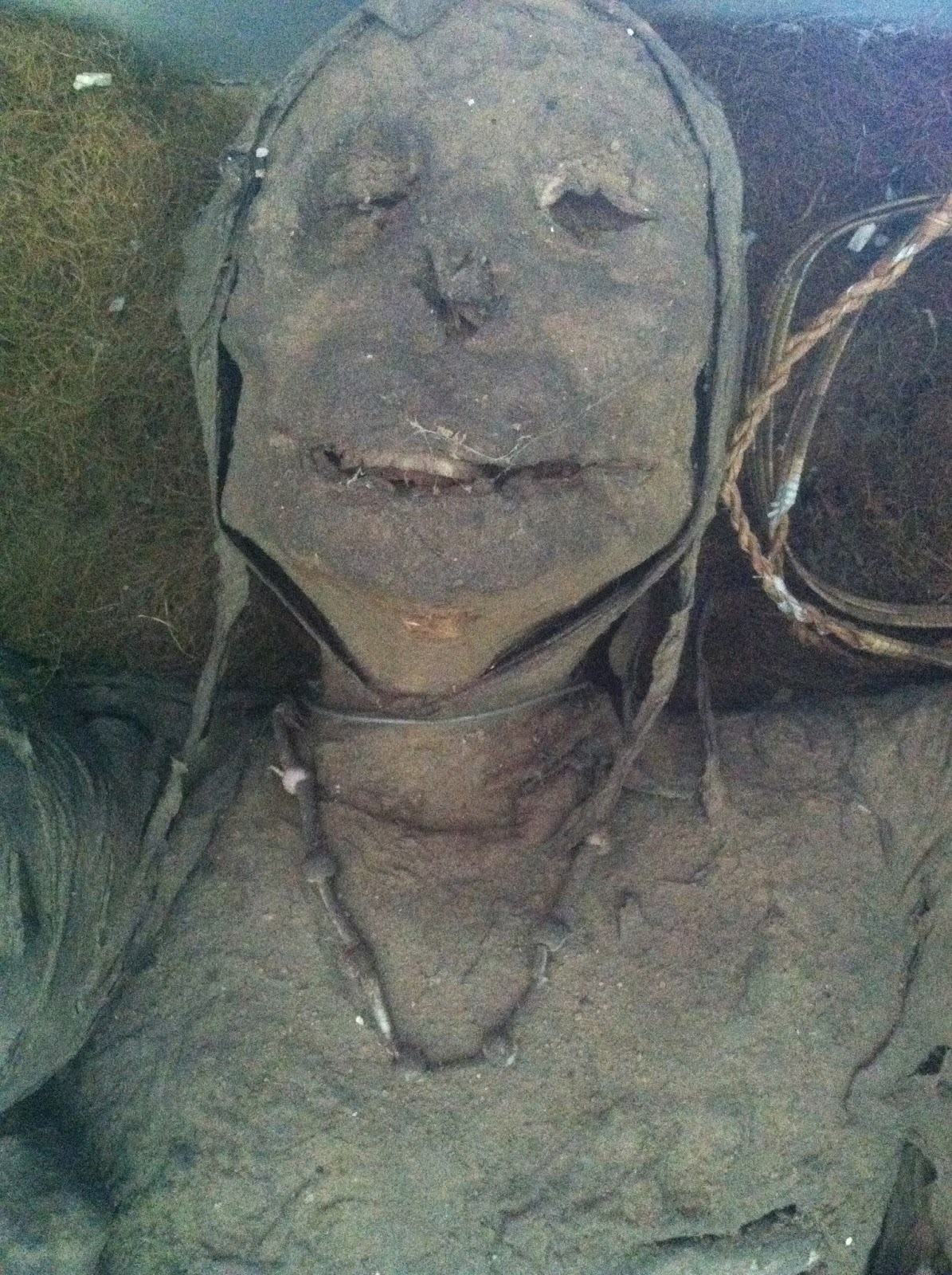 She was gripping her "baby." 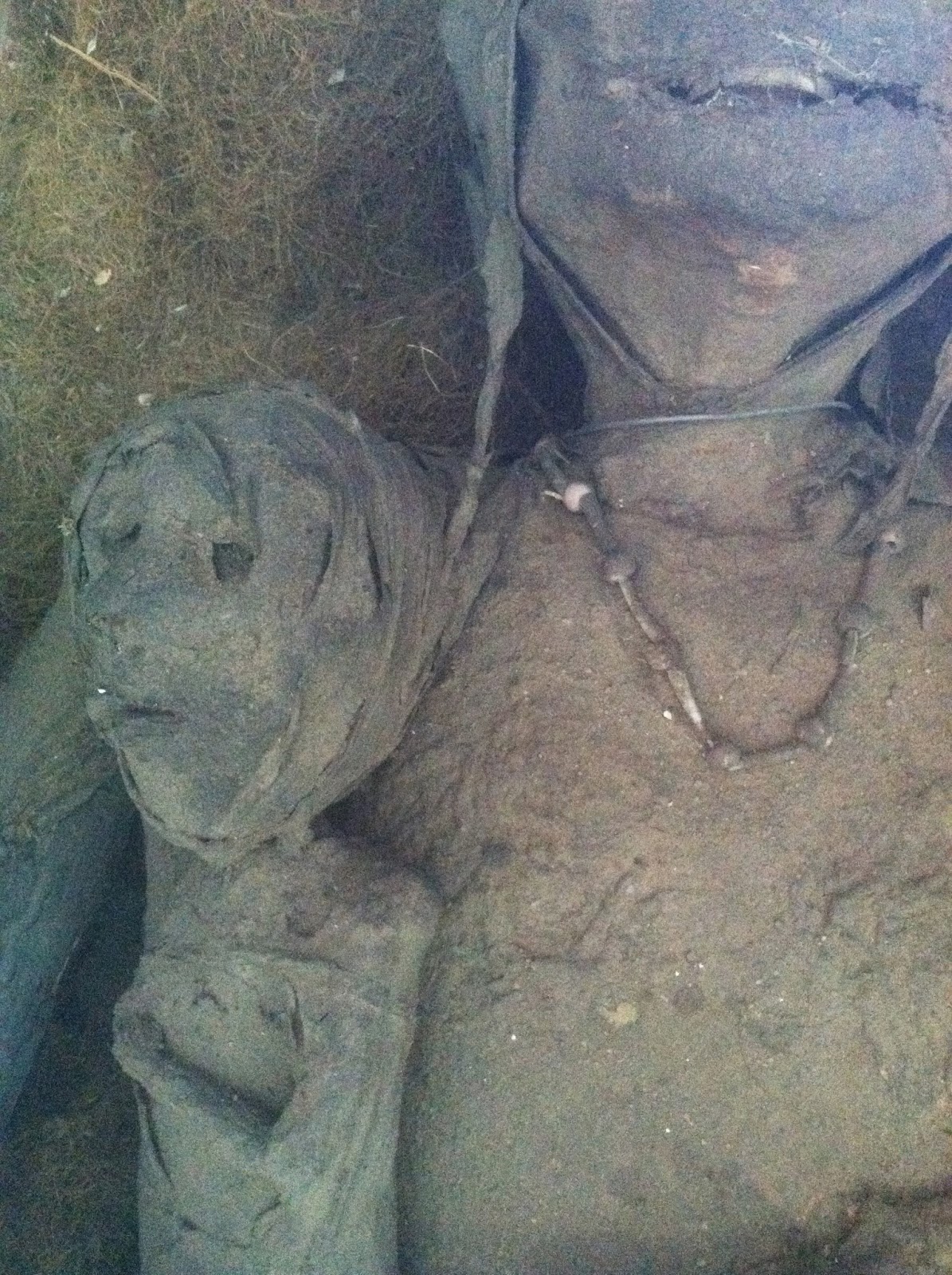 It was a strangely eerie thing, I must admit. It wasn't so much the display as the feeling of the place. I had a deja vu for movies like "The Hills Have Eyes," "Wrong Turn," "Gargoyles" and the like. It smelled of dust and heat, raw and unattended. It gave me a delightful chill of atmosphere.

The figure was about 6 feet long with exposed supposed rib bones and kind of eerie.  Was it really a being that had mummified? No, but it was worth the $1 to see all the sideshow items and mosey through the eerie hangers of items.

Was it worth going the extra 17 miles outside of Benson to see this after seeing the billboards for my 30+ years in the west? Hell yeah!

The gift shop was filled with goodies that scream "Arizona!"

And, we left with a couple of shot glasses, picked up some Tequila and toasted THE THING that evening. 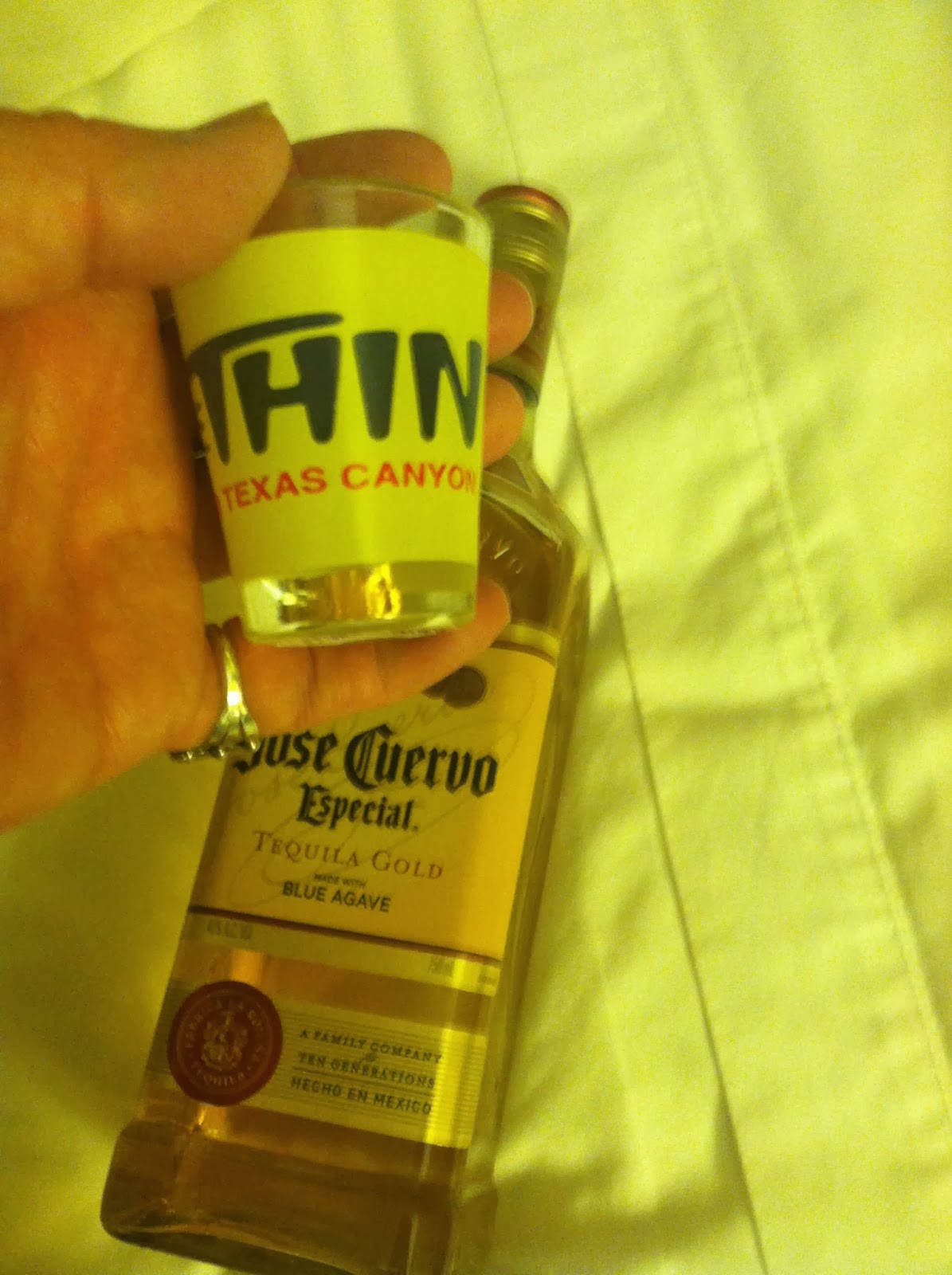