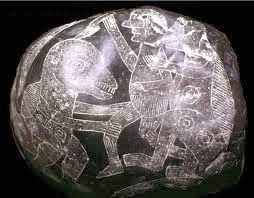 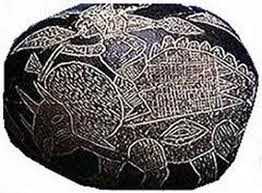 Two of the most controversial supposed artifact finds in recent years are the Ica Stones of Peru and the Acambaro Figurines of Mexico. Because of these kinds of hoaxes, it makes it exceedingly hard for people to accept any archaeological finds that are exceptional or break our concepts of man's history. 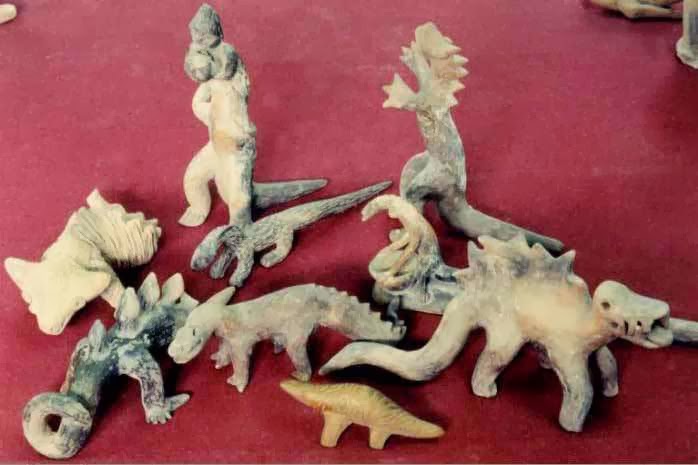 The Ica Stones were a group of adesite stones with etchings on them taken into the collection of Javier Cabrera Darquea in the 1960s.  These were pawned off as artifacts from a farmer, who later confessed he aged them by baking them in cow dung. Then, later, the farmer recanted, saying he announced he forged them in order to not get in trouble for selling relics.  Then, when he was cornered in the mid 1970s by the BBC doing a documentary, he confessed they were hoaxed rather than go to jail for selling artifacts. All in all, the story of the Ica stones and their fantastic drawings of dinosaurs living with man were rebuked as utter nonsense.

The Acamaro figurines number in the thousands and were supposedly found by Waldemar Julsrud in the 1940s in Mexico.  The figurines depict dinosaurs of varying kinds and have never been accredited by any authority.

Archaeologist, Charles Di Peso, proclaimed it most accurately when he concluded that the figurines were indeed fakes: their surfaces displayed no signs of age; no dirt was packed into their crevices; and though some figurines were broken, no pieces were missing and no broken surfaces were worn. Furthermore, the excavation’s stratigraphy clearly showed that the artifacts were placed in a recently dug hole filled with a mixture of the surrounding archaeological layers. DiPeso also learned that a local family had been making and selling these figurines to Julsrud for a peso apiece since 1944, presumably inspired by films shown at Acámbaro’s cinema, locally available comic books and newspapers, and accessible day trips to Mexico City’s Museo Nacional.

Eventually, looking at the firing dates of the figurines, they would appear to have been baked around the 1930s.


There are still plenty of folks who want to believe in the authenticity of these "relics," but subject matter and art style alone make them ridiculous and then you add in the "newness" of them and the vast amounts and you have to laugh. Some tourist trap made a killing, no doubt.

There are still plenty of genuine finds to be made and my guess is that South America and China probably the most important archaeological finds still yet to be made.