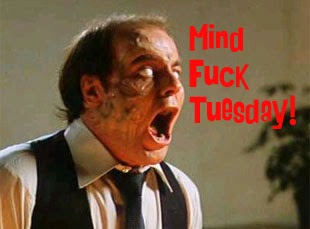 The more I study these red-haired ones around the world and descriptions, I ponder the fantastical.

What if the "creators" realized they needed a human update for some qualities, like immune systems, height, strength, and even variety of coloring for various areas where vitamin D was harder to gather?

What if they decided on a human update, kind of a Windows 8 for the Windows 7 design? So, they sent around the world a race of strange red-haired strong types to add something recessive to the gene pool and assured it to spread by making them unusually desirable to mate with?  Perhaps they "tweaked" the population several times over the millenniums.

Nordic aliens are reported often. What if the process of perfecting humanity on the Earth is to introduce new alien DNA?

And, what if the ancient red-haired giants were the Nordics spreading throughout the world and attracting mating opportunities with humans to add their immunity, looks, strength to the gene pool?

What if today, because the world accounts for every citizen and you can't put novel aliens on the earth and not be questioned, they now abduct them to mix their DNA clinically with "alien abductions" and introduced the intelligence of the greys.

Are we evolving by alien means?

Just a hypothesis to mess with your mind so early in the week. Keep those brain cells active, my friends. This pondering might do just that! Perhaps I'm intervening to work on your creative thinking process and perform an update on your open-mindedness.