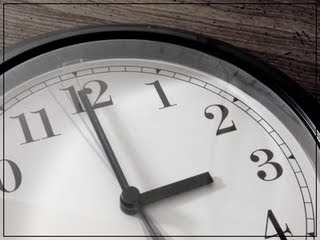 How many of you wake up during that 3 a.m. hour? I know people who wake up during that hour and can’t go back to sleep, no matter what they do. I find, more often than not it’s that magical 3 a.m. time when I note the blurry red lights on the clock during the night.

It’s been suggested that this is the time of extreme early morning when more firefighters and police are called. That’s true, but then it takes a whole night of drinking to get into trouble at 3 a.m. It’s also believed that we might be having access to our God figure in that state of mind in deep theta sleep and in between REM sleep. Others think that it’s the extreme darkness that occurs just before dawn that permits melatonin to adjust and create a sleep state that’s in the process of shifting, a time in which we could awaken. It’s also entirely possible that discomfort after hours in our beds is what jostles us awake at about that magical time (especially middle-agers).

If this continually waking at 3 a.m. is putting a damper on your life, there’s some things you can consider to get your rhythms back in order:

You can set your alarm for 1 a.m. and then go back to sleep to shift your sleep cycles.

You can darken your room completely or wear an eye mask.

You can cool off the room more so your body temperature can stay down where it needs to be for the brain to induce sleep state (running a noisy fan is a good option—it also masks outside sounds). In certain sleep states, we have hyperacusis (sensitive hearing) - perhaps a vestige of man sleeping in the wild and needing to be alert to predators.

You can consider taking a Benadryl at bedtime to stay asleep or take melatonin to help you fall asleep.

If you ever awaken during this time with a rush of emotion and don’t understand where it’s coming from, it’s entirely possible that your true self or your higher self are trying to communicate. Should you be gathering communications from “the other side” because you seem receptive in the sleep state, once you awaken that sense of someone being there will dissipate. You are in a new brainwave state and are now no longer a receptive receiver. This is most often an occurrence when one has recently lost a loved one. Over time, this "interaction" capability fades.

Scientists tell us that our circadian rhythms in our bodies tell us when to sleep and when to wake. What if those factors aren’t dictated by body temperature, emotional state, or a noisy neighborhood? What if they were affected by a time when our minds are in the sleep state combined with the thinnest veil between our world and the other(s)? The pineal gland that releases melatonin when it gets dark and controls our circadian rhythms is also called the third eye or psychic center. It is responsible for making us release it's dream time and our minds enter a state of being they are not when we are functioning. It makes it possible for us to be paralyzed so we don't act out our dream scenarios. As we go into sleep state in the alpha state, and as we come out of sleep in the alpha state, we are in a receptive place for communications, so if you have an encounter waking or falling asleep, then consider this a possible true communication and not a dream.

I admittedly have found the time between midnight to 4 a.m. is prime ghost hunting hours. Not always convenient when you’ve been sitting still for the past four hours already and are feeling the body’s need to hit the sleep state. Perhaps our senses are more acute in that need-to-sleep state. I know that a tiny sound when I’m sleeping can keep me up. A trickle of light will make it impossible to sleep. A sore muscle can feel like agony. Perhaps the combination of our mind running in the deeper sleep state along with sharper senses make us ideal barometers for paranormal activity.