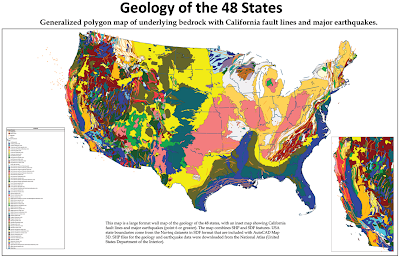 As I worked on the haunted formula in 2009, one of the most prominent features in a haunted location was its geology. Geology is more than just a bunch of rocks, it also has the potential for seismic activity, producing infrasound, and piezoelectricity.

In other words, geology is powerful and dynamic!

In simplest form, piezoelectricity is an electric charge that gathers in a solid object. It is the result of pressure. Salt and quartz are two examples of two earth substances capable of piezoelectricity.

Might locations retain electric impulses set forth by human events that are held within the stone to be released under the proper conditions? That was the premise of the British Movie "The Stone Tape." (I highly recommend you watch this).


Yet another theory I would extend is that the combination of earth dynamics, building construction, and human emotion creates a piezoelectric effect that is a beacon for spirits. They know where life is by finding these elements acting together in a dynamic that is of this earthly plane.

Going further with that concept, what if a person had a traumatic event in the proper conditions and that created a beacon for them to haunt as they go into the next realm? This might also explain why a location could remain haunted even if a building burned down or another was built - the geology has remained.

As a psychometrist, I've always wondered about how people and objects retain information I can retrieve and why some objects hold information better, like metal. I think the answer is found in piezoelectricity. The very structure of a building and materials its made with could combine with ideal geology and make a wonderful "spirit vessel."

Humans put out electrical signals. In fact, we put out between 10 and 100 millivolts. An electric eel puts out 600 millivolts, so we're not particularly swimming in impulses to a degree that might seem significant, but who is to know at the moments of extreme emotion or distress what we are able to emanate into our surroundings? If a person wears a metal bracelet all their waking hours and has a set of emotional responses throughout the day, might they leave an imprint I can pick up as a psychometrist? And, might that same impulse affect their environment, as well, creating a residual held by the space?

Infrasound, a frequency that can be produced under the right conditions, like rain falling on a roof and sound resonating down a corridor or the earth's seismic activities is a sound that is not perceived by humans with their auditory canals because it is too low a frequency, but could be sensed by the human body. It can cause a host of uncomfortable feelings and even seeing things. This is yet another effect created by geology and some natural sounds. It is believed that some sites, like Taos, New Mexico, known for a hum that drives some people batty, could be caused by an earth-based infrasound. 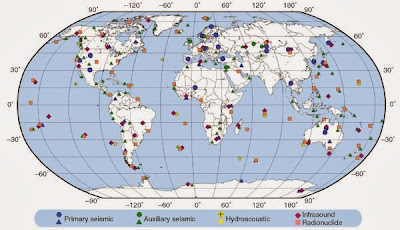 Hydroacoustics and earth-based infrasound are yet another thing to add into the equation of ideal haunting locations. If researchers start sharing some basic elements like location/geology they are beginning a great collection of relevant features.

As well, they might want to go to the next level - from vast (geology) to more site-specific (building).  We can study this closer with an ancient practice called Feng Shui.