Mind Fuck Tuesday: There Are No Coincidences, Only Correlations 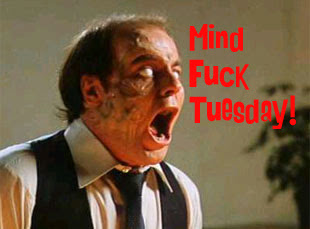 Why were ancient giants found in certain regions? Resources. What resources are we certain they desired? Well, let's see what they were buried with. Copper implements were hugely important and shells were utilized by them, as well, so copper and bodies of water. Even stories of ancient people traveling to America before Columbus involved waterways and seeking copper from the Great Lakes area, the Southwest and South America.

So, I pulled up a map of copper mining around the world and compared that with the regions where giants have been found (Ohio Valley, Michigan, Illinois) and the Southwestern US, Peru, Australia, Russia, and other regions where copper is mined. Then, incidentally, I pulled up Bigfoot-like beings around the world on a map and, well, they correlate. 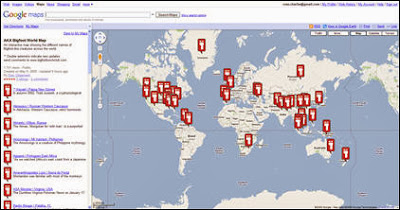 Ancient cultures of giants were found in the Southwest (California, Arizona, New Mexico and Nevada in regions that once housed enormous lakes and loads of copper) and the Ohio Valley region from West Virginia to Pennsylvania, Wisconsin to Michigan and Illinois - Ditto. We also find that these regions - Sierras, Mogollon Rim, and Pacific Northwest (up and away from died up lake beds) to Ohio Valley down the Mississippi region are also Bigfoots' biggest population spread. Coincidence?

The question is, are these incidental? Did they both happen to use cave systems so they ended up at the same regions for resources or did Sasquatch actually descend from this giant culture and stay in their regions that their ancestors were from kind of like our East Coast population is always more dense than anything in the Western US?

Bigfoot and caves are often spoken of as correlating, but when you look at the maps and the regions where they are most often reported, they are extremely similar and seismic activity areas -

This map above shows seismic hazard with red being most hazard, yellow moderate and green little. I've used this and geology maps to correlate with haunted areas which (ironically) manage to be in the same regions as Bigfoot. In fact, North Dakota should be the least haunted/least Bigfoot inhabited stated and oddly in BFRO site North Dakota has 6 reported sightings, but Washington has the most at 571 and California has the second most at 427. Seismic activity makes for interesting geology and cave systems.

Geology seems key, why that is perhaps has more to do with resources or ideal cave systems or that Bigfoot descended from their copper-seeking ancestors. The ancient giants in the west have been found in cave systems, in the Ohio Valley in burial mounds. Perhaps culture was established in the east with villages and agriculture and mining but out west they were a wild and more feral giant that lived in cave systems and stole and scavenged, or as the Paiutes report, were cannibals.

We may never know the correlations for sure, but there are many that can be made and it begins with looking at common factors in regions where these beings are and then figuring out what might be attracting them to those areas. There may be no coincidences, only correlations.