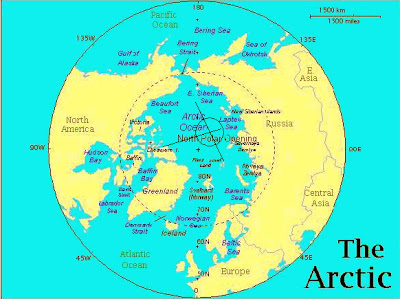 This project, North Pole Inner Earth Expedition, intrigues me - is there a hollow earth? Is evidence found in the arctic?


In 2001, the research program began. The seismological data was reviewed. The history was studied. The astronomy and satellite data was scrutinized. The personal testimony of dozens of explorers was gathered and analyzed. The physics of the current structure of the Earth was calculated and recalculated. At the end of the study, there was still not enough data to disprove the theory that the Earth might be hollow. In fact, the evidence that the Earth might be hollow became so numerous, that planning for an expedition to the Arctic region as a process for proof of the hypothesis became necessary. The work to assemble a science team began in 2004. By 2005 the plans for an expedition using the Russian nuclear powered icebreaker were formulated. Steven Currey Expeditions headed the team and began collecting scientists and engineers from around the world. By 2005, the team had grown to 22 members, but required 100 members to fund the voyage. In 2006, Steven Currey tragically passed away and was succeeded by launch manager and PhD Physicist, Brooks Agnew. Dr. Agnew’s great, great grandfather is the Scottish explorer credited with the discovery of the Magnetic North Pole. Dr. Agnew is continuing the family tradition of Arctic exploration by searching for the North Pole Inner Earth opening to the core (from the site link above).

I've been following this for a few years, wondering what would become of it after the leader had passed away. I see that they are revising their plan and hope to go forward with a new production company leading them. 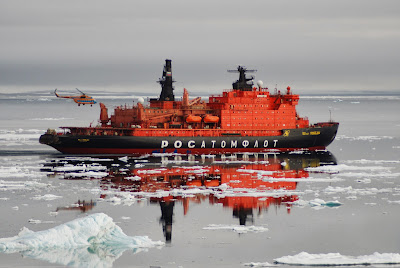 The voyage includes a good deal of scientific data gathering about plankton and northern lights and much more. The itinerary is interesting including human consciousness classes nightly.

Sample the physical and chemical properties of the region as all reasonable depths and altitudes.
Survey the sea floor for anomalies and geologies.
Survey marine life for evidence of foreign or unique life forms.
Validate the planet core geology inasmuch as sampling methods.

I plan to continue following this. I think it's pretty interesting stuff and I love anyone who's willing to go out on a limb to check out a wild theory and in the course of that research, perhaps stumble onto new knowledge they didn't see coming.