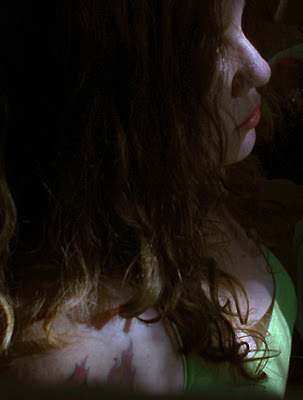 Bacteria live with us and make us sick and die.  During the Middle Ages and the plague, we didn't know of their existence.  Still, they could cause our demise. We would have laughed at the notion of these microscopic bacteria bringing down a human or even existing beyond the scope of what our naked eye could detect.

But, what if there were other forms of life that could also go unnoticed, living in a whole different level than us but in our world; are cryptids interdimensional beings sharing our world in a different plane?

Our senses are lacking full perception of our world. We are limited by the range of our eyes to only see solid things - like trees and walls and people, but we do not see gas or air. We can hear only in a certain range, but infrasound can be used by BF and we cannot hear it, but we can be affected by it.  We can die of odorless carbon monoxide poisoning because we can't smell its presence.

What if Bigfoot used infrasound?  Even though it's below our level of hearing, it affects our bodies and minds greatly.  It doesn't mean infrasound doesn't exist.  It just means it's out of our hearing range to detect its presence.  Yet - it bothers us in another sensory way with feelings of unease, nausea, confusion and more.

What other senses can Bigfoot play outside the range of?  What might they do to mask us from seeing their solid form? Might they make us forget we saw them? Or might they confuse us so that we look into the woods and see only bushes and trees and not their form standing stark still and blending in?  Just because we aren't seeing them, doesn't mean they aren't there.

Is it entirely possible that the world we know is only the world our senses can perceive or might part of natural world include a realm we are not cognizant of? As as a child, I used to sit out and watch the stars at night. I would consider, what if each planet was like a cell in a body. We see other planets like a cell might see his neighboring cells, but never have the perspective to realize that he and his vast group of friends were components in a huge being called a human.

Our perceptions can only be made with our limited senses and, in the case of a psychic, an added sense which to the general population seems very odd and paranormal. Are psychics tapping into this other realm and not realizing how they are picking it up? Are they using that extra sense that includes perception of "other"?

There could be another way of being that includes both physical and spiritual form so that a being can (to us) appear to toggle back and forth when their entire content is able to move from one form of existence to another.

This is perhaps one of the more extraordinary explanations of Bigfoot, but it might explain the very elusive nature of this puzzle that manages to come and go, but never seems to be caught in vulnerable moments, capture, or examination.

For an interesting comparison - we have the same issues dealing with Bigfoot we have with dealing with ghosts. People in haunted sites report shadowy figures, difficulty capturing them on camera and audio, feelings of being watched, headaches, head pressure, nausea, and more. Sound familiar? Perhaps our bodies react to a sense we aren't aware we have. Perhaps Bigfoot, aliens and ghosts are all perceived in our bodies more than our senses.