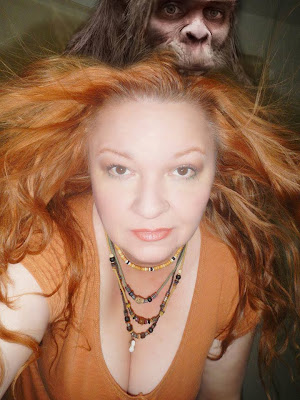 Bigfoot may be considered a misanthropic hermit, but truth be told, they also want to interact with us hairless ones upon occasion. So, what is their motivation and what kind of connections do they make?

Curious by nature, Bigfoot is known to come closer to witness children playing and adults interacting with them. It might be reassuring to them to see us treating our own with kind guidance. It might also be that children are very precious and greatly appreciated among their smaller population.  And then, it could be that children hold no personal threat to the Tall Ones or maybe laughter draws them in.  Whatever their reasons, Bigfoot would appear to be particularly curious about our little ones and their antics.

Habituators report making psychic connections with Bigfoot, seeming to have them respond to their thoughts. They even sometimes report Bigfoot wanting to come courting, showing an interest in a lonely female by keeping guard or causing a ruckus to get her attention like an adolescent boy, even sometimes wanting to get closer to the windows to see the television.

For beings who have worked excessively hard to be elusive, certain of us hairless humans seem to bring them forth.

What qualities does it take?

It's reported that women have an easier time of it for the simple reason that females generally defer to the more powerful, are not aggressive, and are patient and quiet.

Bigfoot leave plenty of signs of their presence and they check to see if you stop and notice them. Many people walk right by offerings and stick symbols. This is an easy way to judge who are curious smart folks compared to dumb and oblivious.

Whether one believes in Bigfoot's psychic abilities or not, they have an exceptional insight into our intentions as we enter the woods and manage to make themselves scarce. That kind of discrimination could be guided by an intuitive insight or even a downright powerful psychic skill. If that is the case, as many believe, Bigfoot can also hide from "bad" people and show himself to "worthy" people.

Habituators have known for a long time, gifts are taken gladly and some are even left behind in the form of flowers, rocks, twig shapes, and other natural objects. These connections grow stronger as we do not expect to manipulate or coerce the Foots. They only let you in a certain amount, after much time and evaluation, and a cautious distance.

Bigfoot might lead a life that we cannot imagine leading, but then they cannot imagine our lives either. We are foreign to each other - our motives, our priorities, our knowledge and our personal insights. In our own way, we test each other regularly.

Remember, while we watch for them, they watch us too.

In our arrogance, we assume they are inferior, and we miss a very important point that was missed when settlers landed here and made judgements about the Native Americans. There is an assumption that without advanced technology, one must be primitive. In fact, the spirituality practiced by the Native Americans was a higher calling to them than building sea-faring craft and muskets. We only now begin to realize the knowledge they had for tracking the stars and their spirituality and craftsmanship. Thus it will be with Bigfoot, that we assume that because we drive cars and use cell phones we are more advanced. I suppose that would depend on which way you want to advance. We lost our spirituality in favor of "goods."


So, when we think Bigfoot might be afraid of us, their "shyness" might just be a sign of finding us inferior and clueless. In fact, we might just have to prove ourselves to them by slowing down and taking in the signs.