How Does Spiritual Magic Work? 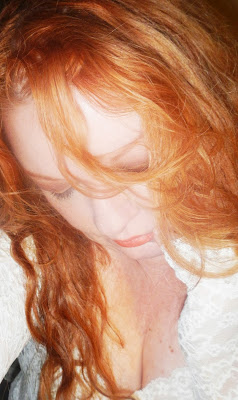 When a Christian prays to God, he put his belief that his higher power (along with his own decisions and actions here on earth) will come together to fulfill a goal.

When a pagan lights a candle and calls on the desired deity for the task, he is putting his belief in the powers of that god/goddess (along with his own actions and intentions, energy, and focus here on earth) to make this goal happen.

There is nothing of Christianity that wasn't fashioned from the earlier religion, Paganism. In Paganism, there were no earthly representatives of a higher power, there were gods and goddesses for each facet of life, like Catholics have Saints.  There was ritual, incense, candles, chants, and magic - as there is in the more modern Christian faiths.

That being said, how does this spiritual magic result from prayer and spellbinding?


Belief is the foundation of spiritual magic (prayer, spellbinding, meditation).

Belief is key because the only false god is the one you do not believe in.

In pagan practices, the faithful choose gods and goddesses that represent abilities that are necessary for whatever the goal might be or perhaps they keep the same god and goddess as their representatives when asking for a will to be done.

For Christians, Jews, Muslims, Buddhists, Catholics, pagans, or any other belief system, the deity and the story of that deity's purpose and abilities has to click for them. The explanation found in historic written records, passed down through generations, or taught by their religious representative, has to be jive with their own personal feelings and thoughts about how the universe works. Without a true belief in that deity and its abilities, magic will not occur.

Why must we believe in the deity unwaveringly?

Example: Judy is in a relationship with a man who says the right things, treats her nicely, but there is something about him that feels a bit off. She believes he wants her to think he's in love with her, but she's not sure he really is. That lack of belief in his love will make her act jealous, it will make her anxious and depressed, and unwilling to give all of her own heart to him unconditionally.  Her lack of belief caused her to be petty, suspicious, and drive him away.

If Judy were powered by belief in his love, being willing to unconditionally surrender herself to her mate, she would make decisions, move forward fortified by that knowledge, with a positive attitude and when bad things happen, she would find comfort, knowing that he too wants the best for her and will give her solace. The result in her belief would be a solid relationship and an untroubled mind and heart.

If, however, she put conditions on that belief (hoops that her mate must jump through, tests of his commitment), she is back in the weak place personally and spiritually of defense, insecurity, fear, and resentment. This results in many trials and bad outcomes.

Intention is the next step in spiritual magic. The power is between you and the belief - so if you introduce another person in your prayer/meditation/spellbinding into the mix to manipulate them from their destiny or represent them, you are bringing in a third party. The exception is prayer, meditation or spellbinding for someone's health or security. In that situation, you are bringing yourself along with your deity to give the person added strength, so you are part of this triad. You are saying to the universe, "let this person borrow my good intentions and healing health and strength." In the majority of pagans' belief systems, they believe that what you send out comes back many times over, so harm, manipulation, control - would come back to visit you many times over.

Example:  Josh wants his boss to choose the job in Seattle and leave town so he can slip into his position.  He performs a spell to make the man move on, pack up, quit the job, and shove off. He has belief in his deity and prepares the components to make this happen. He has just willed manipulation of another person utilizing his deity to empower it--corrupting his relationship with his deity and with his own soul. Josh has created a rift in the magical alchemy simply by coming from the ego: He wants this man's job, he covets it, and he is willing to disrupt another person's life in order to gain his will. He has corrupted the whole system and what will return to him will be more of the misery of his unwanted position and lack of recognition. Instead of improving his job performance and making himself invaluable, Josh is asking the universe to recognize him at the cost of another's fate.

If Josh had true belief in the will of the deity, he would have instead considered a spell to help his boss make the best decision for his career and well being. The fate would be accepted by the practitioner if the universe finds the boss remaining in the position. He would be handing it over to his boss and the deity, and willing to focus on the aspect he can control; his work performance which might actually end up giving him a new position and a new department at work. His boss would not have to move on and he would be satisfied.  Two people benefiting and making it by their own intentions.

Reading into the future, seeing in your mind's eye what it will be like when it comes to fruition - getting in the mindset of "destiny" and that this is a reality that has not yet unfolded in man's sluggish time line - that is the next key to making spiritual magic unfold.  It is as if this thing has manifested even though right now it is not physically in this realm.

Example:  Mattie is going to do a speech at a conference. She knows the subject matter well, has worked in the industry for many years, but she also has fear of public speaking. She's imagining all those strange faces staring at her, expecting her to fluidly speak about the subject with great confidence, but all she envisions is having huge silent pauses, stammering, losing her train of thought. Her palms are sweating and she is certain that she will look like an idiot.

The outcome of such visualization is, in fact, a self-fulfilling prophecy. Mattie gets up, her mind goes blank in fear, and she studies her notes as if they were written in a foreign language. She laughs nervously. She excuses her moments of utter confusion. And the entire event is a miserable flop.

Nothing becomes a reality without a rehearsal. One has to taste it, feel it, imagine it, and be very detailed in that imagery and sensation. A really good 3-point shooter sees the path the ball will take before letting go of it.


"Amen," "So mote it be," "ohm," whatever that parting expression is - releases the magic into the universe to become its destiny. You experience the union of the divine, the force of the universe, the power of the natural world and the spiritual world combined with your soul's intent; and then you let it be free and accept the fate. This might be the moment in spellbinding when the spell is sealed, the candle has burned, the circle is crossed.
Example:  Mark has addressed his maker, said his prayer or spell, imagined the outcome in great detail, and then took a breath, ended the communion and is ready to move on.  But, what Mark doesn't know is that he has just sealed a deal with the fates and if he continues belief, continues visualization and adds the last step, action - his fate will be focused, not chaotic. He leaves this encounter feeling renewed, more certain of what he wants, what will be. The confidence and the peace within him helps him to think clearly and act decisively to reach the reward.


We can pray all we want for sobriety or good grades, or whatever else is our desire, but without action, everything is at cross purposes. Deities do not sweep in and do all the work for you. You are on the physical plane. When you performed your "release" above, you left the spiritual realm and you reentered the physical form to take the actions to make this thing happen. But, you are fortified now by the belief in your deity wishing it for you, guiding you toward it, and your visualizations of how it will unfold and your release of the destiny to the universe. With all this power behind you, you manifest that spiritual magic by making decisions that support this destiny.

Example:  Jennifer believes in a higher power, she placed her intention, performed her visualization, released it to the universe, and has come back to her day to day life renewed with the absolute peace that her fate is designed.  She tackles her days vigorously in an effort to bring her hopes to fruition and feels fated to a destiny. Her positive mood affects those around her and her task-oriented methodology pays off in rewards towards her goal. And in the magical way of the world, it feeds her opportunities that she is more alert to because she knows the higher power is rooting for her. She sees signs, she listens to her gut, and everything she does is imbued with a synchronicity of the soul, mind, body and heart that leads her to an intricate dance that is spiritual magic.

The unifying factor in the process of belief with its prayer or spellbinding and action that occurs after the wish sent out into the universe, is faith.

Faith is a verb. Not a noun.

Many people believe that if they have faith, that means they are depending on something happening, proving itself.

But, faith is a process performed by the faithful.

It means living and breathing it, even knowing that you may never have what you wish for, but learning that you can stick with something you said you would do. When we do not stray from a relationship, we are called faithful. This is not about the outside factor of reward - faith is about the internal voyage of moving forward, with no guarantees. Relentlessly.

Spiritual magic could be called alchemy. Alchemy is truly taking two things and combining them into a new thing - a third thing.  Spiritual magic is not hocus pocus or slight of hand, it is truly the creation of something from an idea to an action, fueled by belief and visualization.

If someone says their prayers were answered, we can look back at these steps and realize that this was someone who went from belief (spiritual) to action (physical) and created a third thing - alchemy.