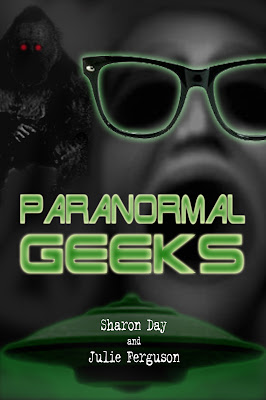 Here's a list of what I have on my Kindle Reader on my computer (loads for free on Amazon onto your computer of hand-held device and automatically loads the book when you buy it) and also the paperbacks. These aren't ALL my books, but these are the ones I refer to most often. -


KINDLE
Proof of Heaven by Eben Alexander, III, M.D.
Burial Mounds of the Northern Sections of the United States
Experiments with Alternate Current by Nikola Tesla
Lycanthroids: Supersoldiers and the Freedom War by Robert Miles
Nephilim Skeletons Found by Fred Harding
Nikola Telsa: Imagination Imagination and the Man Who Invented the 20th Century by Sean Patrick
Phantoms and Monsters: Cryptid Encounters by Lon Strickler
Sacred Places North America by Brad Olsen
The Book of the Damned by Charles Fort
The Urantia Book by the Urantia Foundation
Weird Australia by Andrew Nicholson
Paranormal Geeks by Sharon Day and Julie Ferguson

PAPERBACK
Real Wolfmen by Linda Godfrey
The Nephilim Chronicles by Fritz Zimmerman
PSIence by Marie Jones Paranormal Technology by David Rountree
Hunt for the Skinwalker by Colm Kelleher and George Knapp
Sasquatch Rising by Christopher Noel
The Locals by Thom Powell
Voices in the Wilderness by Ron Morehead
1491 by Charles Mann
Weird USA by Mark Moran and Mark Sceurman
Stone Age in the Great Basin by Emory Strong
The Seven Daughters of Eve by Bryan Sykes
Lost Cities and Ancient Mysteries of the Southwest by David Hatcher Childress
The Human Antenna by Robin Kelly
Ghost by Katherine Ramsland
We Come As Friends by Peter Michaels
at 12:00:00 PM