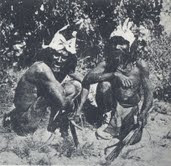 The tribe (above) was discovered in the early 1900s by explorers in Nevada. They couldn't figure out just what tribe they were with. They were nothing at all like local tribes and they had facial hair.

Interestingly, they look a lot like a native tribe of Northern Japan called the Ainu who in ancient times moved into Russia, up and through to Alaska. 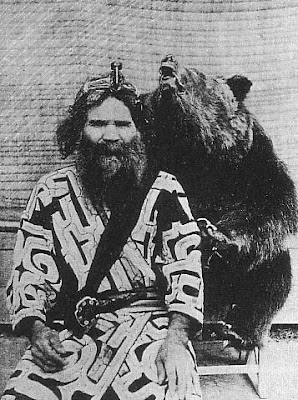 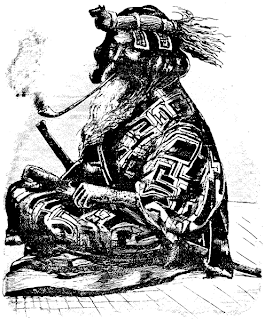 Looks a bit like the tribe up above, hmm?  The Ainu believe beards are a sign of beauty and power. So, the men let them grow. The women even tattoo blue mustaches and beards on their own faces. 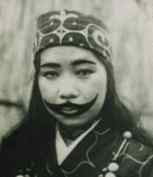 Man apparently traveled extensively in the past at varying times in our history and to believe it's so simple as Columbus showing up in the 1400s, it's a very simplistic telling of history that may make history books easier, but if anything our knowledge should be fluid. After all, how many of us grew up with school books that referred to "some day when man goes to space" after man had gone to space?