Female Role Models in the Para-Field 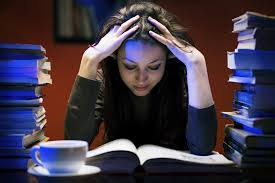 As someone deep in para-world research, I don't see all that many women that are getting attention for some truly amazing work. They work on their research and write amazing books and add so much truly revolutionary content to the field of research that it amazes me that they aren't showcased for women to look up to as a great example of integrity, intelligence, novel thinking, perseverance, and determination.

So, today is about giving them all a big round of applause. If you haven't read their work or follow the sites and Facebook pages, you need to connect. These women are silently creeping up on the overly showcased males in the field and will blindside them at any moment. It will be a dazzling thing to witness in a field that has in the past kept women as ghost lures or Bigfoot camp girlfriends instead of true researchers.

I am only giving you a few examples. There are so many more, but I will cover my favs in different categories.

My criteria includes the integrity and kindness of the researcher, the amount of relevant contribution to the field, and the ongoing desire to learn more. 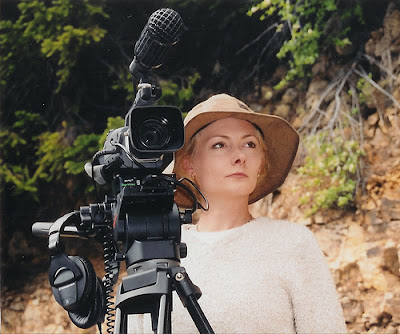 Autumn knows Bigfoot and nature and habituators who have lived with and interacted with Bigfoot. She has done some nice shows about it and an excellent book, "Enoch: A Bigfoot Story." I really admire that she has put such passion and personal wonder into the study of Bigfoot. She has avoided the antics and hysteria and stayed focused on her studies. She has taken a needed break from the field of study, but her work remains greatly respected and reviewed. 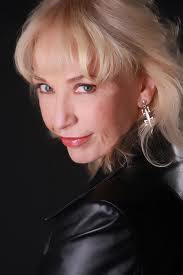 Rosemary is a paranormal investigator and researcher whose accumulated knowledge is mind-boggling. Thankfully, she shares it in her dozens of books. She's made lots of encyclopedias about all things paranormal with a wonderful archiving of information on the topics. Here's her Amazon description - a tough thing to condense in someone who has been quite prolific in the field.

I work fulltime investigating and writing about all things paranormal, which means I lead a most unusual and highly adventurous life. I have written more than 45 books, including single-volume encyclopedias, on a variety of topics, A-Z, angels to zombies and everything in between. I'm interested in the entire spectrum of the paranormal, for everything fits together. I go off in the field to investigate reports of ghosts, UFOs, aliens, ultraterrestrials, Shadow People, Bigfoot, mysterious creatures, Djinn, demons, angels, fairies and more. I am frequently out on the road, and I've had plenty of first-hand experiences of many of the things I document in my books. My work is part of my spiritual journey; probing into the Unknown, the Other Side, and other dimensions is my search for Truth. 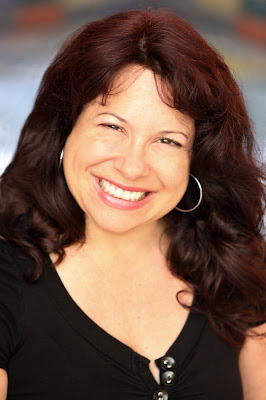 I discovered Marie, when I read her book PSIence with avid interest. I absolutely adored it. This is a woman who is thinking about how the natural world of quantum physics might explain how phenomena works. This is what I've always believed is going to be the only way to further the field - move away from spiritual - and figure out how this manifests in our physical world so we can see, hear, feel and smell it. Here's the Amazon description of Marie and this is a seriously well studied and industrious woman. Her mind is fascinating but she is also just a wonderful human being, as well. Absolutely a breath of fresh air in the para-world!

Marie D. Jones is the best selling author of "Destiny Vs. Choice: The Scientific and Spiritual Evidence Behind Fate and Free Will," "2013: End of Days or a New Beginning - Envisioning the World After the Events of 2012," "PSIence: How New Discoveries In Quantum Physics and New Science May Explain the Existence of Paranormal Phenomena" and "Looking for God In All the Wrong Places." Marie co-authored with her father, geophysicist Dr. John Savino, "Supervolcano: The Catastrophic Event That Changed the Course of Human History." She is also the co-author of "11:11- The Time Prompt Phenomenon: The Meaning Behind Mysterious Signs, Sequences and Synchronicities," "The Resonance Key: Exploring the Links Between Vibration, Consciousness and the Zero Point Grid," "The Déjà vu Enigma: A Journey Through the Anomalies of Mind, Memory and Time," and "The Trinity Secret: The Power of Three and the Code of Creation" with Larry Flaxman, her partner in ParaExplorers.com, an organization devoted to exploring unknown mysteries. Their next book, due in July of 2012, is "This Book Is From the Future: A Journey Through Portals, Relativity, Wormholes and Other Adventures in Time Travel." She has an extensive background in journalism, metaphysics, and the paranormal and has worked as a field investigator for MUFON (Mutual UFO Network) in Los Angeles and San Diego in the 1980s and 1990s. She currently serves as a Consultant and Director of Special Projects for ARPAST, the Arkansas Paranormal and Anomalous Studies Team, where she works with ARPAST President Larry Flaxman to develop theories that can tested in the field. Marie has been on television, most recently on the History Channel's "Nostradamus Effect" series, and served as a special UFO/abduction consultant for the 2009 Universal Pictures science fiction movie, "The Fourth Kind." She has been interviewed on hundreds of radio talk shows all over the world, including Coast To Coast AM, NPR, KPBS Radio, Dreamland, the X-Zone, Kevin Smith Show, Paranormal Podcast, Cut to the Chase, Feet 2 The Fire, World of the Unexplained, and the Shirley MacLaine Show, and has been featured in dozens of newspapers, magazines and online publications all over the world. She is a staff writer for Intrepid Magazine, and a regular contributor to New Dawn Magazine, and her essays and articles have appeared in TAPS ParaMagazine, Phenomena, Whole Life Times, Light Connection, Vision, Beyond Reality, and several popular anthologies such as "If Women Ruled the World" and five Chicken Soup For The Soul books. She has also contributed and co-authored over fifty inspirational books for New Seasons/PIL. She has lectured widely at major paranormal, new science and self-empowerment events, including "Through the Veil," "Queen Mary Weekends," "TAPS Academy Training," "CPAK," and "Darkness Radio Events," and is a popular public speaker on the subjects of cutting edge science, the paranormal, metaphysics, Noetics and human potential. She also speaks often at local libraries, bookstore signings and regional meet-ups on writing, the paranormal, and metaphysical subjects. She is also the screenwriter and co-producer of "19 Hz," a paranormal thriller in development with Bruce Lucas Films, as well as a science fiction feature film titled "Twilight Child," and she serves as a co-host on the popular Dreamland Radio Show. 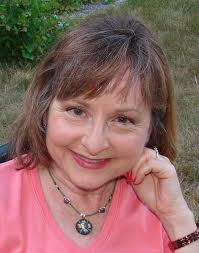 This savvy and intuitive journalist was sent out on a case of an odd dog-like creature standing on hind legs and ended up finding some curious cases. Her eager desire to understand the mystery and to get all the evidence together had her fast becoming the expert on the dogman phenomena. Right now I'm plowing quickly through her latest, "Real Wolfmen: True Encounters In Modern America." I've listened to her on countless radio shows -- one of my favorite listens. She is smart, kind, logical, inquisitive, and willing to explore interesting theories and correlations. She's definitely in my top 3 favorite PG (paranormal geek) women. Great role model! 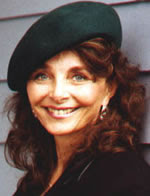 An investigative journalist and documentary-maker who has explored a wide variety of the unexplained and puts her nose in there, pushes past the BS and gets to the cases, sifts through the evidence, interviews the witnesses, and brings it all together in the most fascinating video work and books. You've likely seen Linda on documentaries and I think she first caught my attention for her reporting on cattle mutilations. She has an amazingly impressive educational background and awards including 3 regional Emmys and a nomination for a national Emmy. I'm most impressed that, with her amazing job experience and education and respect in the field, she took the professional risk of pursuing the unexplained. And, why not? It's the unsolved mysteries that draw the curious and there is no one more curious than a journalist. I'm always delighted to see her work and find out what she's up to next. She's a great example of intelligence and inquisitive nature combining into a very specialized and necessary expertise. 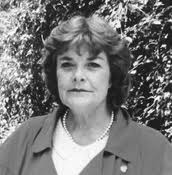 This impressive woman is not only a UFO expert, but also pursues many paranormal curiosities including psychic archaeology. Her books are a fantastic foray into the unexplained. She's also been a great contributor to MUFON. Here's some of her books -"Standing in God's Light: In End Times," "Firestorm: Dr. James E. McDonald's Fight For UFO Science," "How To Defend Yourself Against Alien Abduction," "The Psychic and the Detective," and "The Tujunga Canyon Contacts." 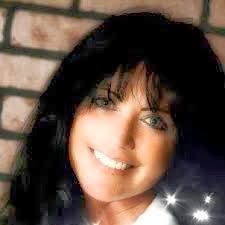 Chase Kloetzke
Chase earned her Master Trainer/Master Instructor title while employed with the Dept of Defense. Armed with a Biomechanical Engineer Specialist accreditation, she was responsible for designing specialized programs and the supervision of the success for Force Readiness and Elite Force Protection. This unbelievably well spoken woman joined MUFON and specialized in ufology, as well as radio hosting and writing. She goes in the field, gets conversations going, does research in locations and has expanded her knowledge into other oddities, like elongated skull people and cryptids. She is a kind woman with a healthy and realistic view of the science of phenomena and seeks answers with an open mind. I only wish we could clone her mind and attitude. We really need more like her.


This group of women are ones that I am proud to be in the same field of research with. They are accessible, patient, highly intelligent, creative, open-minded, and stubbornly driven to uncover more and more understanding of the phenomena. They are true paranormal geeks! 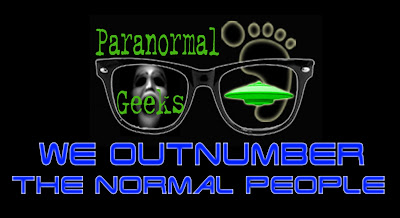