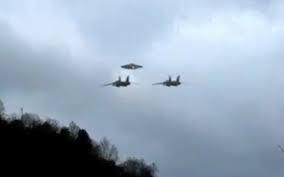 "Report From Iron Mountain" was published in 1967.  It boasted it was a report from a government panel formed in the early 1960s to ponder the question of what would happen if we had global peace.   This supposed report put together by a supposed 15 men that culminated in the conclusion that governments need war and military in order to keep economies moving. The report supposedly concluded that the government needed to keep ever present threats to us, even when enemies didn't exist, such as out of control pollution and alien invaders.

Since the books publishing, there were re-releases of it and many rumors of it being a hoax or not being a hoax or the government wanting us to believe it was a hoax so we don't take it seriously. It was reported to be a non-copyrighted secret document being made public. It was even at one time called the greatest literary hoax of all time.

The team reportedly was made up of these people -

"Arthus Able"  an historian and political theorist, who has served in government.
"Bernard Baker" a professor of international law and a consultant on government operations.
"Charles Cox" an economist, social critic; and biographer.
"John Doe."
"Edward Ellis" a sociologist often involved in public affairs.
"Frank Fox" a cultural anthropologist
"George Green" a psychologist, educator, and developer of personnel testing systems.
"Harold Hill" a psychiatrist, the has conducted extensive studies of the relationship between individual and group behavior.
"John Jones  a scholar and literary critic.
'Martin Miller"  a physical chemist, whose work has received international recognition at the highest level.
"Paul Peters"  a biochemist, who has made important discoveries bearing on reproductive processes.
"Richard Roe" a mathematician affiliated withan independent West Coast research institution.
"Samuel Smith" an astronomer, physicist, and communications theorist.
"Thomas Taylor"  a systems analyst and war planner, who has written extensively on war, peace, and international relations.
"William White"  an industrialist, who has under-taken many special government assignments.]

The waters have been more muddied by different people claiming to be the author and writing a hoax, or using a pseudonym or taking it back. It's made the origins of this document impossible to trace, which conspiracy theorists jump on and use as an example of the government tossing in vague authors so it's not taken seriously to cover up their document being exposed. Others believe this an absurd project and it makes no sense. Certainly, if the government wanted us to be afraid of alien threats to keep our military strong in times of peace, it would have not disputed and tried to hide and coverup the sightings.

Is this document real? It seems highly unlikely that it got leaked and it was allowed to see the light of day if it was real. But, it does make for an interesting scenario and to highlight our fear of secret military committees and such.