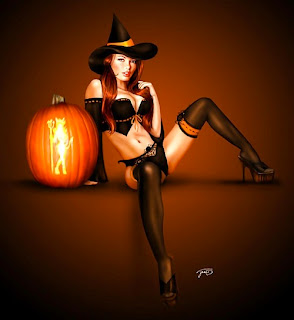 Even before the days start getting shorter, the craving for cooler weather, chimney smoke, scary movies, and Halloween planning take hold for many of us who live for Autumn.

Let's talk about some things you can have on-hand to make you feel the season, live it, breathe it, and smell and taste it.

Booze
pumpkin ale (my favorite is Buffalo Bill's Brewery, a black 6-pack with orange trim and orange pumpkin art on it. I find it in the liquor stores or import shops and some grocery stores around mid August)
hard apple cider (my favorite in all the word is Angry Orchard's Apple Ginger Cider)
cinnamon Schnapps
Twizzler licorice for straws

Booze to make
Pumpkin Vodka:  Get a mason jar, scoop in 1-1/2 c. pumpkin pie filling from a can, fill with vodka. Put in fridge one week, filter it through a coffee filter.
Ginger Vodka:  1/2 c. unpeeled sliced ginger, 2 cups good quality vodka. Place in jar in dark location. Taste in one week. If not ginger enough, wait 3-4 more days. You can use it now, and leave ginger in if you like more flavor.


Statues/Collectibles/Decorations
Jack O' Lanterns
Candle holders
Owls
Scarecrows
Scented candles of cinnamon, pumpkin, candy corn, apple cider, ginger
If it's too warm for a fire in the fireplace, fill it with candles

Magic
Light a brown, orange or gold candle in a ritual way on Mabon (autumn equinox) to light the coming dark season and prepare for another cycle of life for the year.

Personal scents
For the the most unusual combination for scents, I go to Goth Rosary.  You can get things like funeral flowers, Graveyard, Samhain (I actually put this fragrance on a cottonball inside a baggy with my business cards and over time it infused them with the scents of Halloween).

One of my favorite scent companies is "I Hate Perfume" that specializes in the most crazy sentimental blends.

There's a story behind the scents:

Burning Leaves "Not everyone has your passion for dead leaves."
Jane Austen - Sense & Sensibility    Do you know what a leaf fort is? It's simply a huge pile of fallen leaves carefully raked up, on top of which a group of children sit defending the pile against another group. Battle is joined by gathering up armfuls of said leaves & pelting the opposing party until all concerned are worn out, have twigs in their hair, crumbled bits in their socks & underwear and all the leaves are once again thoroughly spread over the lawn where they belong in the first place. Obviously this was great fun & every autumn when I was small this is just what my cousins and I did.  Sadly there came a day when raking leaves was no longer anticipated with delight - that's the day when I was TOLD to rake them. Suddenly it was a chore!  Still there was something after the raking was over to look forward too - burning the leaves with my father. I loved watching them crinkle up in the flames while the smoke swirled up my nose and made me sneeze.

Gathering Apples  Does the smell of apples make you happy? It should, as studies show. I used to love to go with my father to pick up the apples from the local orchard. I can still recall the scent of hundreds of bushels of ripe red apples glowing in the cold room. Even now the memory makes me smile.

Invisible Monster  Inspired by my favorite episode of Jonny Quest / The Invisible Monster. I remember the boat slipping slowly down the channel between the islands. I was perhaps eight. My cousins and I peered over the side deep into the forest covering the banks on either side. The feathery fronds of the sumac trees and the wild vines overhanging the water made it easy to imagine we were deep in the jungle and we prepared ourselves at every moment for attacks by dinosaurs, wild animals or hostile natives. Villains wielding machine guns and lasers might spring from the underbrush on high-tech hovercraft only to be repelled by our own incredible technology. I was Jonny Quest and we were on an Adventure. Everything was possible. Naturally the grownups piloting the boat and discussing their own inexplicable world were perfectly oblivious to this constant danger in which my cousins and I perpetually lived.  I thought often of Jonny when I was a child. I longed to share his adventures through exotic lands and always in my mind, I did. By living always in a fabulous imaginary world, I became a rather distant child. In the real one, I took to wearing black turtlenecks on every possible occasion and I yearned for my Hadji. I was certain I would be a famous scientist like his father when I was grown. I would develop the most astonishing technology in my own fabulously equipped lab on my own remote tropical island. I would jet around the globe constantly exploring. Life would be always exciting and I would always have my very closest friends to share it with.
Of course my life has turned out very differently from how I imagined it would be at that young age. I am not a world famous scientist and applied physics is a closed book to me. I do not jet off to far-flung countries at the drop of a hat and I am almost never held hostage in Mayan temples. But I am surrounded by friends I can always count on, who support me no matter what and who love me for who I am. And I have, at long last, found my Hadji. Even now, I often think of Jonny Quest and my imaginary adventures on the river by my home. And I still wear black turtlenecks.