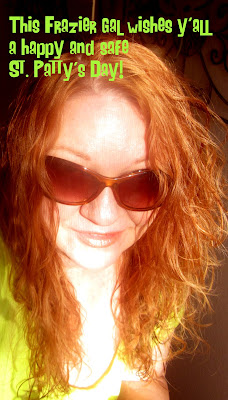 Let's talk about the delight that is the Irish. My mother was a Scots/Irish. There is more to be thankful for than just settling America and putting their blood, sweat and tears into the process, making the best beer (Guinness) and whisky. No, the Irish are not cliche. They are creative, romantic, loving, and do everything with passion, even their legendary creatures -

Banshee - an Irish legend of a female spirit considered to be a harbinger of impending death. To hear her scream is not a good thing.

How about a movie based on the banshee?


Gnomes - an Irish legend of a tiny old man who makes shoes and stores his pot of gold at the end of a rainbow.

How about a movie about gnomes?

Selkie - an Irish legend of a creature that lives like a seal in the sea, but can shed their skin to take to the land like a human.


How about a movie about a Selkie?