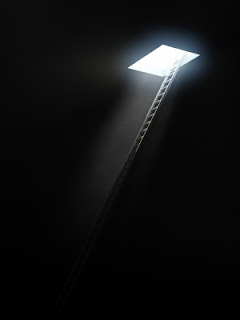 The Watseka Wonder is an incident based on a supposed possession case.

(Wikipedia overview) Mary Lurancy Vennum was born in 1864 near Watseka, Illinois. In the summer of 1877 she suffered a series of epileptic fits, often lapsing into unconsciousness. After awakening, she told her family that she had been to heaven, had seen angels, and had visited her younger brother and sister who had died before her. As Vennum's fits became more frequent, physicians advised there was nothing more they could do, and by January 1878 it was decided she should be placed in an insane asylum. A neighbor and devout Spiritualist Asa B. Roff convinced Vennum's parents not to commit her, and instead to call in a physician who was himself a Spiritualist, E. Winchester Stevens.


This young woman supposedly went from one mood to a completely different one, describing having visited angels and the dead, channeling spirits and even the spirit of another girl named Mary Roff. She could even tell events and details of Mary's life she shouldn't have known and the deceased girl's family was amazed.

Other researchers speculated that it was all hysterical and encouraged by the dead girl's family who wanted to hear from her. The details, however, impressed people even a century later.

Many have revisited the case. As a psychic, I can tell you I've had past-life memories, but they were not because I lived that life, but because I was getting the memories from that past life and when you do a psychic read, you see it through the person's eyes. To someone who isn't actively using psychic skills, it feels very much like you have been that person. So, it's possible that this young woman was psychic.

Another thing, mentioned by paranormal investigators like Barry Taft, who has researched for decades, is that those with seizure disorder and temporal lobe disturbances are often associated with poltergeist activity and other psychic traits. If someone had a seizure disorder and a psychic propensity, she could get more information than would normally be expected of a psychic.

If you saw the movie "The Exorcism of Emily Rose," you know how vague such diagnoses are. A psychic can see schizophrenic, an epileptic can seem to be possessed. There are so many nuances that any variation of "normal" can see either mental or psychic.

We may never know what happened with this young woman, but she so impressed the witnesses that her case stood out against other cases of people saying they saw visions or talked to angels. It makes this case worth observing closer.
at 10:00:00 AM