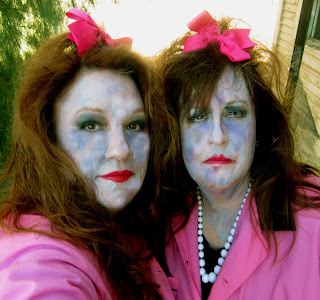 I will do a post about more aspects of this most amazing Zombie Walk 2011, but for now, let's enjoy a few photos of costumes and then I will share videos and more. There were easily over 1000 people and some of the zombies got very unruly and went after the humans on the sidewalks and cafes. When the crowd resonated with groaning, it was awesome. The Ghostbusters hearse lit up their lights and started off the course. The downtown streets were blocked off and the huge horde stumbled along. It was the most amazing event I've ever been a part of. It was fantastic! 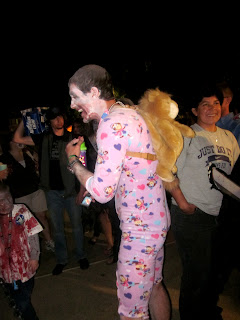 A zombie wearing a onesie flannel pajama and monkey backpack. 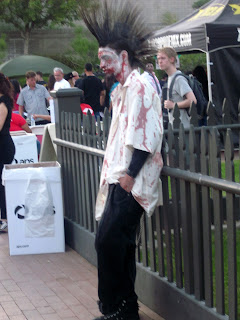 A zombie with a mohawk. 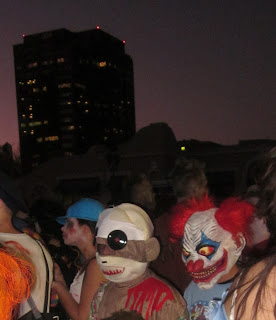 A sock monkey and evil clown. 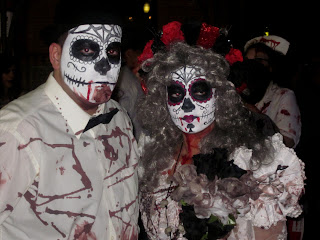 Day of the Dead wedding couple. 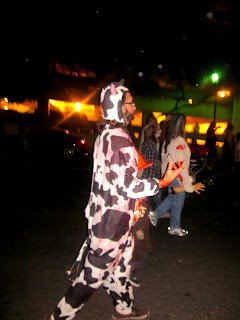 A zombie cow, why not? 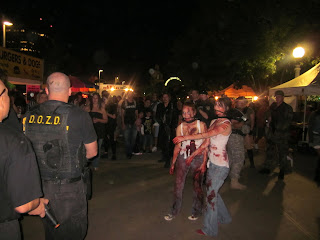 Zombie control SWAT team that wrangled us up and walked some zombies on long sticks with straps and rode in a jeep with mounted guns. These guys were super yummy! This zombie gal, Liz, wanted to take a bite out of one of their cute butts! 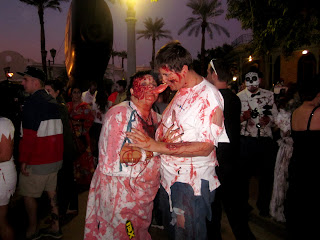 We ran into some amazing costumes, a few Fred Flintstones, tons of really graphic costumes including a woman with a zombie baby working its way out of her belly, dead Elvis playing guitar (got that on nightvision video), and lots of families with little zombie children and babies.