Ghost Case: He Came In the Night 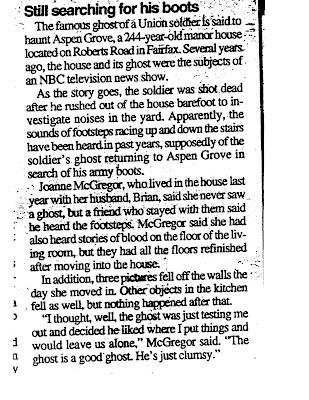 My family moved into Aspen Grove when I was a little toddler. The sights and sounds of the house to me were perfectly normal. Children adapt to realities, like tossing your ball in the air results in it coming back down every time and the sound of a sister screaming at the other sister in another room can be heard through even the thickest walls.

When we first moved in, our family dog, King (a Collie/German Shepherd mix) had some issues with--nothing. My mom would watch the dog growling at the wall, backing off from the center of the room, snapping at something not there, then jumping as if he had been kicked, tail between his legs, howling and rushing off, nearly going through the closed side door. My mother eventually got spooked by his reactions to what seemed to be something he was aware of that she was not. Eventually, King would not come in the house anymore and remained the rest of his 15 years outdoors. We set him up a sweet doggy place in the shed, but he would not go near the inside of the house again. 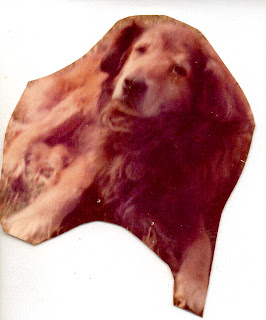 Then, while father was away on his work that took him off in all hours of the night to locations around the country, mom would lie in bed alone and listen. The house seemed to come alive the minute the last person went to bed. Was it settling sounds? Well, nope. One time, father heard it too and commented. She felt great relief.

One day, an old owner of the house visited and lightly mentioned the ghosts. My mother blinked. She was not a believer in ghosts, but the woman explained a story that gave my mother shivers.

"During the Civil War when the home was being used as a field hospital, a young soldier was upstairs in bed when shooting erupted outside. He rushed out without his boots that his parents had given him. He was shot and killed outside. Every night, he still walks the stairs and hall looking for his boots."

My mom, being a closet historian and an art teacher, found some romance in that story and took pity on the soldier. She began to haunt the library and City Hall in search of information about the home's history. I grew up in the dusty records rooms glancing through old soldier's diaries and other books while mother gathered her information.

And, every night I heard him. Booted feet, walking up the stairs, then down the hall to the middle bedroom. He only took a few steps into the bedroom and then in front of the radiator, the board would creak and that was the end of his vigil. As a kid believing my life was being guarded by unseen soldiers, I would turn and whisper to him, "good night." It was a ritual I grew to appreciate until I became a self-conscious adolescent and the thought of a man in my bedroom was kind of creepy. So, I took the end bedroom in the newer part of the house that had no activity.

One night, tired of telling stories of the ghosts and having kids scoff at them, I sat down on the middle of the stairway, turned on my dad's recorder and waited. He started up the stairs. It was the first time I'd been there when it happened and it seemed to go so quickly and then he was on the board I sat on. And, for the first time in all those years, he paused a moment and then continued on. I held my breath and exhaled as he headed down the hall. I realized in that moment that he seemed to have sensed me just enough to stop a moment and wonder before finishing his trek.

It was in that moment one of my theories began and still persists--perhaps they are not the only ghosts; perhaps we are ghosts to them.