"Lonely Day" System of a Down (I love this band!)

So, here's the awesome location of the newest episode of "Ghost Adventures" on Travel Channel tonight-- 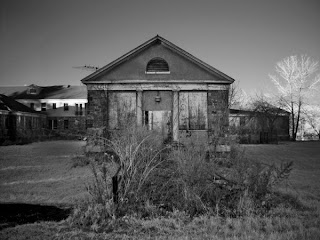 From Opacity site: In 1907, appropriations were made to construct the Eastern New York State Custodial Asylum in rural Theills N.Y. as a response to a growing need to house the "feeble-minded and epileptic." 2,000 acres of sprawling farm country were purchased for $188,575 in 1907; one year later, the hospital was renamed Letchworth Village Home for the Feeble Minded and Epileptics after William Pryor Letchworth, a noted humanitarian and philanthopist who was familiar with institutional conditions. The hospital was touted as the model institution for the disabled since its opening.


Since this is the last episode before Halloween, I feel like Zak and the Boyz need a real good drink for tonight's drinking game, so let's be inspired by the season!

I can't begin to imagine what the boyz will do tonight, but they have a fantastic location to have some seriously ridiculous times.