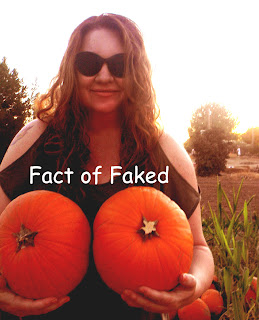 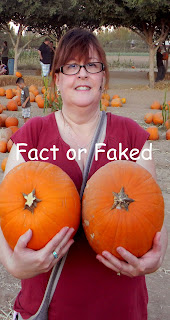 (Julie and I did these at the farm event last weekend. I think the answer to this pic--for the first time ever is--faked!)

Let's play a little game--you tell me how you would change FoF to make it better.

My concept: Ben as producer and acting as a Skully type figure with a sassy charming woman--a female Josh Gates--as the Mulder aspect of the team. He asks hard questions and uses his skills on witnesses and she charmingly defuses things and sheds a different point of view on cases. The two of them go and grill witnesses and learn how hoaxers hoaxed things from their own POV, such as leaving the hoaxer in shadows to describe how he did his little online faked video. I'd rather see an X-Files format than the adolescent, awkward, playground assembly they have going with hokey experts on the team and no personality to a one of them. They are all kind of dead inside which to me means that they: a. Have no personalities. b. Are limited by the constraints put on the show to not be spontaneous or natural.