The Power of Suggestion 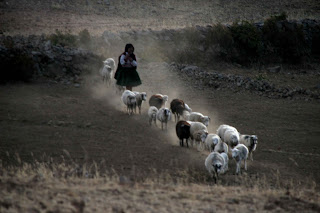 Do you remember an episode of “Phil Donohue” show where someone fainted in the audience? Then another fainted? Then another? Finally, they cut away to a commercial and came back to an empty room. They feared something made everyone sick so they sent the audience home. It was actually an experiment with actors mocking a couple of faints. After that, the regular audience got caught up in it.

Humans really are a flock of sheep.

On ghost hunts, I’ve seen a lot of folks getting worked up in a group. One gets spooked, the others quiver. If you’re a leader, you question the mentality. If you’re a follower, you look to the “leaders” to decide if you should be scared, run, or beat the hell out of someone. Ever hear of a pack of humans beat an innocent person only to later say they don’t know why they joined in, they knew it was wrong? Well, someone started the first punch and that person established himself as the leader and the others, followers.

The very fact that we can be suggestible gives skeptics an excuse for why there is no such thing as the paranormal. It’s just mass hysteria in the right setting, misunderstood cues and body sensations, sounds in a dark place. If more than one person senses something, they assume there’s copycatting going on within the group. These skeptics tend to want to throw the baby out with the bathwater. Because humans reported these occurrences, skeptics assume they are flawed interpretations.

So, how do we go into a situation of a ghost hunt and not get caught up in the power of suggestion? That’s a hard task to ask many people. Once one person sees or hears or feels something, the others are anxiously awaiting the same encounter.

And, if you believe it, you will see it.

Are you a sheep or a leader? The sheep does as told, doesn’t ask questions. The leader stops and uses logic to say “that makes no sense, I’m not going to do that.” The sheep will accept a psychic’s reading and use it to make decisions. The leader will find the advisement interesting but will still make a decision based on his own decision-making techniques. A sheep asks for advice frequently and follows it often. A leader does not ask for advice and very rarely follows unsolicited advice unless it was something he already decided upon.

I personally don’t think of myself as a sheep. I’m a leader by nature. I also don’t care what the crowd is up to. I have my own self-directed path. This helps me a lot to not be suggestible. The inner skeptic jumps up immediately and says “well, there must be an explanation for what that person is feeling” and I concentrate on that person and his sensations. Others are likely to direct it to themselves. They see a guy getting goosebumps and they turn inward and say to themselves “do I feel cold?”

You can’t know if people on your team are sheep or leaders, suggestible or skeptical. The ideal situation is to have team members bring paper and pen. No one speaks the entire time except for EVP sessions. No observations. Just note the time and location and what you experienced and compare notes later. That’s a dream scenario, but I know few ghost hunters willing to do a silent study but it certainly helps to keep the power of suggestion as low as it can be in a group setting.

Once someone in a group begins to talk excitedly about what they encountered, it’s very likely to set off a whole lot more people saying the same thing is happening to them. The waters have been muddied and you’re screwed. I tend to keep the things I see, hear, smell, and feel to myself. I wait to hear what others have observed and where they observed it. Then, I mentally note to myself that what I experienced was verified. Sometimes, the group wants to hang out afterwards and discuss what happened, but then you get into a debate supporting each other’s findings, “Oh yes! I felt that in the closet too,” “You’re right, there was a shadow in that corner.” To become part of the “flock,” people will support whatever the people they consider to be the leaders say.

It’s unavoidable in human groups not to have your sheep and your leaders. You can’t stop the natural socializing tendency to agree with those you see as higher’s up, but as a ghost hunter you can keep your observations to yourself, take notes, and then let the rest chat it out while you verify your own experience through their tales. If you aren’t a suggestible person, you’ll get very independent verification of what you suspected you encountered.

So, do you tend to be a sheep or a leader? It might make the difference in your efficacy in the ghost hunting world.