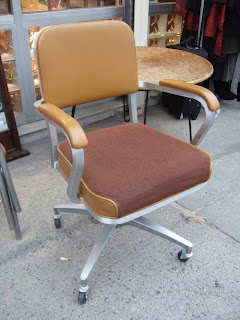 I thought I might type up a few in a series about the senses and some incidents of debunking I’ve had over the past several years. More often than not, when friends, relatives, and their friends and relatives find out what I do, I’m called to someone’s home to check something out. As a person who loves mind puzzles, this is a great practice for me in debunking. I bring my ghost hunting equipment along, but keep it packed up. I don’t go in EMF meter blazing. First, I want a good interview and a really thorough check of the house before I think to look for the supernatural. It can be quite embarrassing to get excited over a phenomenon when it could have been explained with closer trial and error.

This woman was a friend of mine (we’ll call her Helen) who admitted that she as afraid to go into the backside of her house. Helen said she heard a rolling sound emanating from the recesses of the house and she had no idea what to attribute it to. Most folks know the common sounds of their icemaker in the freezer and the sound of the house snapping and creaking during nighttime temperature changes, but this sound baffled her. She got so startled the first time that she nearly called 9-1-1 thinking someone had broken in. She had rushed through the rooms off the hall searching for the source of the sound to find nothing out of place.

Interviewing someone is key. They give away in their adjectives the clues that get you headed in the right direction. When she used the term “rolling,” I knew the first place I wanted to look. I recalled her kitchen island was on wheels, so I went to move it, but the wheels were locked. We unlocked them and rolled it, but it definitely wasn’t the sound or even the part of the house where she heard the sound.

On further probing, Helen explained to me,“It’s a sort of a loud sigh and then something hard rolling or whooshing.” I considered her floors. If they had been carpeted, I would have been quite impressed, but they were hardwood floors. If anything rolled on them, it would certainly make a significant sound.

I went through the side of the house she avoided. The guest bedrooms were in order, nothing on wheels, no gliding doors on the closets, no other potential sources of the sound.

I stopped at the home office and studied her computer desk. There sat a big hulking heavy metal looking chair from the 60s. She told me it was her dad’s work chair at his government job when she was a kid. I pushed the chair around on the floor and the wheels moved easily. “Is that the sound?” She frowned. “No not really.”

I sat down in the chair and it let out a sigh. I pushed it around the floor and the sounds was more pronounced. “That’s it!” She clapped. Then we both frowned. We found the sound; a weight upon the chair and that weight pushing the chair around. Not exactly the comforting results I wanted to be able to give her for peace of mind. Helen admitted that now she knew it was the chair, she was afraid her father might be haunting it.

I don’t like anyone jumping to the haunting conclusion unless there’s some merit, so I needed some time to contemplate how the chair was getting weight and moving on its own. Putting this supposed haunting in the context of the home, it seemed extremely unlikely the place could have issues. The house was nearly brand new, the land having really no history or geology to it, the house was decorated modern and very organized, just not the kind of feng shui you expect for a classic haunting. They had lived in it for 15 years.

As I thought this over, I circled the living room, considering what step to take next when I saw a movement on top of one of the armoire. A fat black cat stared down at me with huge green eyes. My friend laughed and introduced me to the cat and four more that came rushing up for attention.

“The girls are fostering the cats until we can find them homes.” She explained.

“Do you leave the office door open?”

“Do the cats ever go in there?”

She saw where I was going with it.

“Bo goes in there.” She admitted as she held up the ridiculously plump cat. “He usually sits on my lap while I type.”

The cat was used to jumping onto her lap as she worked on the computer. We promptly put the cat in the room and waited with the door closed. Sure enough, he circled the room, rubbed against a few objects, and then promptly leapt up onto the chair, causing it to squeak and roll.

Although sounds can sometimes be recreated and explained, it’s the ones that can’t that most intrigue me. Practice runs like this one are good for both the homeowner and myself. I was able to assure my friend her house wasn’t haunted and she could proceed with life as usual, and at the same time I solved a puzzle that was both intriguing and perplexing.

It’s amazing to me that, had I stopped this investigation at any point and said “I have no explanation” and called her home haunted, her life would have been changed forever and I wouldn’t have grown as an investigator. Luckily, even after realizing the chair needed weight to make the sounds, I didn’t give up. Nothing in this whole scenario added up to a haunting. She had the chair for a decade and never had an issue with it. The time frame from which the sounds started and the cats were being fostered strangely coincided.

It’s the 1-2% of truly absolutely unexplainable sounds that intrigue me and keep me searching for answers.