Is Bigfoot a Creature of the Night? 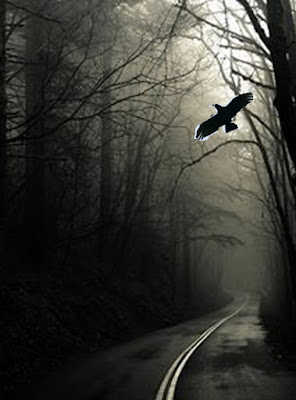 It was while reviewing dozens of Bigfoot cases for my private research group that it became evident to me that, yes, Bigfoot DOES like to operate mostly at nighttime, but the question was why?

I began to review some characteristics like large eyes that appeared to be emanating a glow at nighttime, sensitivity to bright light, and ability to get around easily in the darkness that had me looking to an ancient relative, the Neanderthal.

Upon studying Neanderthal scientists found their eyes were unusually large due to adaptation to high elevation northern areas where light was low. This would create a being with eyes that can see into darkness much more accurately than we ever could and, like the cat and other night creeping creature, the eyes could have a tapedum lucidum like cats. (see this article on Bigfoot eyes by Karl Sup) 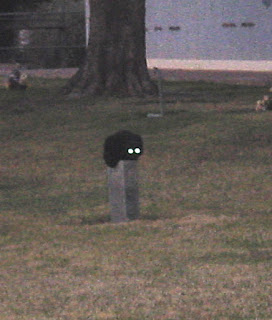 The tapetum lucidum, a reflective layer behind the retina, increases the amount of light for night vision in many nocturnal vertebrates. It reflects light outward and thereby allows a second chance for visual pigments to absorb very low-intensity light.
Okay, so perhaps Bigfoot are great at nightvision for adaptive reasons and given their body proportions of long body, very strong hips and thighs, shorter legs, longer arms, very massive shoulders, they are definitely boulder scramblers used to high elevations, long winters, and the like.
But, the odd thing about the noctural wanderings of the Tall Ones is the places they are often seen at nighttime and the conditions that exist in the forest around them at night.
Cemeteries and golf courses seem to be very often locations of lurking Bigfoot, and spooklights in the forests are found around the areas they travel.
It came to my attention that golf courses and cemeteries are places we humans are at in daytime, but you really don't find us there at night. As well, they are quiet open areas that offer a shortcut to other locations if one is brave enough to traverse them, ideally at nighttime. Car lights often hit upon a Bigfoot as they are crossing a roadway and that is the only time they should attempt such a maneuver. In daytime, they not only have lots of cars whizzing by but also full view of them in a vulnerable location out in the open. 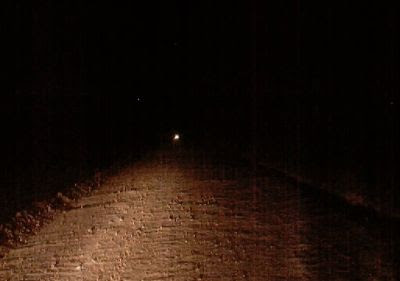 Spooklights are reported so very often by those seeking Bigfoot at night that it needs to be addressed. "Expedition Bigfoot" (my favorite Bigfoot show) did a great job of covering it on their episodes as they sought Bigfoot and ran into these befuddling lights.
Spooklights are lights that cannot be attributed to known things like cars, light posts, flashlights, and the like. They occur often times on lonely roadways or in the forests and the more you chase after the lantern-like light, the more elusive it becomes.
Their occurrence in Bigfoot-dense forests inspires the question - is this connected or is it just incidental?
On a long-monitored habituation site (a property where homeowners live on same land as a clan of Bigfoot), I have witness film of a spooklight appearing and a Bigfoot running away from it as if he's bursting from the light or was hiding behind it and rushed away. I will work to be sure that the researcher releases this impressive find. It was during reviewing footage from cameras around the property that the researcher first noticed strange lights that should not be in this remote area. But, that particular footage was quite shocking.
In putting all the evidence together, it can be read like this -
Bigfoot is adapted to be able to see well in dark, humans generally aren't out in great population at nighttime, but the creatures that they seek to prey on do come out at night. It would seem an ideal hunting time and traveling time for the Tall Ones.
Are you curious if Bigfoot treks along your backyard? Or possibly a ghost floating by? Maybe a nighttime alien stalking you? Consider a trail cam - 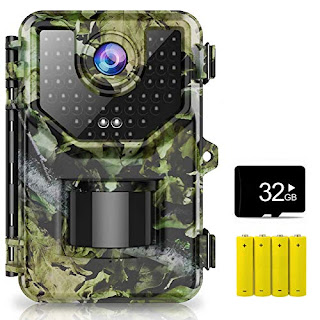