Abandoned Villages in the Woods

Why do towns get abandoned? More often than not, it's either environmental (like Centralia and coal fires burning underground forever) or an industry that died out (mining).

Pripyat in the Ukraine is the ground-zero of the Chernobyl meltdown and a fine example of a forest growing up and engulfing an abandoned site. This one was of massive scale. 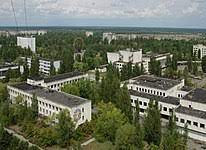 The town was built to house the families and workers for the nuclear facility in 1970. But, in 1987 a meltdown forced everyone to evacaute immediately. It has sat there letting nature take over. Even the wild animals came back to the town over time, but the buildings are shielded by the plant growth. 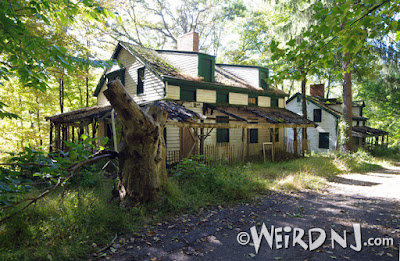 The site was many things in the past but later rented out homes to the Reservation. Three families live there now, but the rest is relegated to historic sites.

However, the reputation of the place is a longstanding one. It involves the forests surrounding it and long-ago tales told to children not to explore the forest as it was haunted. The reputation remains.

This terror began in 1912 when three sisters went camping in the woods and never returned. Fears arose and some residents moved away, believing it to be cursed.

Rumoros of witch covens practicing in the woods added more fuel to the reputation fire.

Most folks that wander the area agree, there is a sense of being watched by something sentient, temperature fluctuations that are unexplained, and an overall creepy crawly feeling making one wish to rush from the forest.

A man named David Felt build the village in in 1845 to provide homes for his workers for his mill. He was referred to as "King David," and revered as he ruled the area like a monarchy.

The rules were strict, a church bell letting them know when to eat, sleep, get to work, and spend their one day of rest in church.

By 1860, he left the village and moved away, wishing it to just rot where it stood.  And it did. 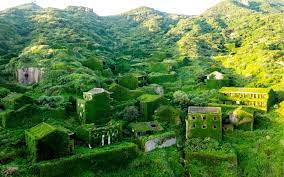 This unbelievably gorgeous village is on an island in China. There were about 2000 residents at one time, but their port was soon too small to accommodate modern boats.

As well, the village was up a winding path from the sea that was a difficult footpath.

In the 1990s, the residents moved away in search of industry elsewhere.

This green-covered ghost town is utterly gorgeous and eerie. Imagine walking these streets at sunset, knowing you'll be spending the night in this smothered architecture....

There are plenty more abandoned villages in the forests, a great many in Canada. I wonder if Bigfoot inhabit the buildings? 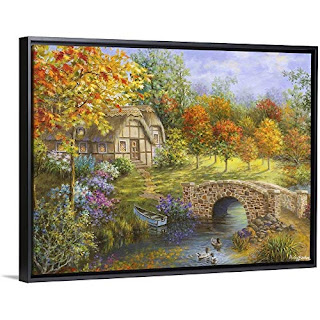 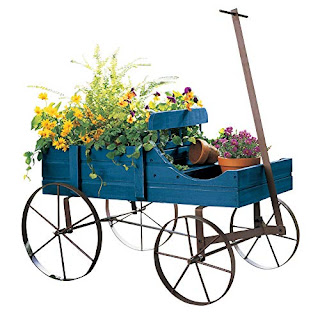