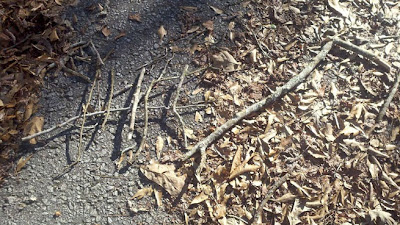 It is very common to find twig symbols in the woods we attribute to the Tall Ones. Why are they there?

Message to others to show clan's territory marker?
Test to see if us hairless ones notice or translate?
Attempt to communicate with each other or us?
Marker for food or water sources?
A warning?
Spiritual marker?
Trail marker to recall where they went?

These symbols have puzzled folks for a long time, from large stick structures to purposefully orchestrated "X's" and arches.  There is a use of the simplest of resources into the most vague of messages. Yet, they put them in pathways and places we travel. They are not trying to hide them. There is an understanding among most researchers that this is an attempt at some form of gifting, testing, or communicating. 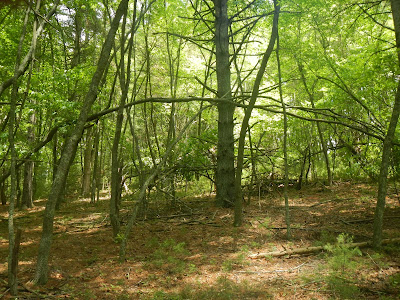 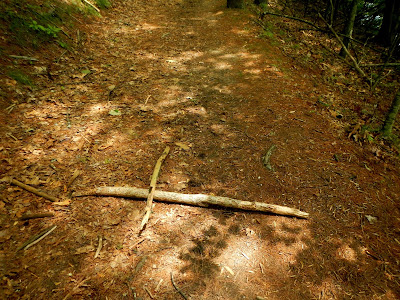 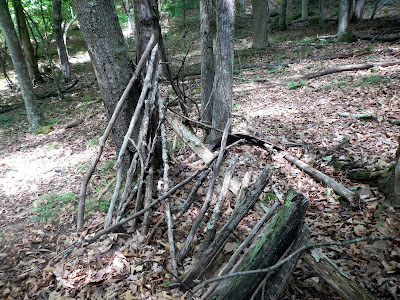 I've wrestled with whether this is a unique symbol method for each clan or individual or if they were influenced by symbols of old that were passed down by Native people's influence. I don't believe they ever had enough contact with us hairless ones to truly pick up a lot of our influences in symbols, but any culture that is private should have its own developing language and symbols. We see many symbols among Natives across America that are universal like spirals and such, but many other symbols are purely regional. So, it probably is with Bigfoot, that the symbols they use are passed among their close clans of their area. One way to check this is to look at some old symbol types and see if they have any origin to their style-

These Ogham symbols are strangely ones we see most often - but how would a language that is Celtic in origin in the early AD's be used by Giants of North America? Hmmm... Take a look at the pic at the top of this post again and then this chart (I, J, Y) -

Some researchers find math equations within the symbols. Man work diligently to break the key. But there may be no master key. It's entirely possible that for each "Foot" there is their own personal symbols. It might even be one's name in symbols. I have tried to follow their X's that they have left and found the short end of the cross to point towards another X if I follow it and then another and another. So, it was a guiding tool in the woods I was in, but in another set of woods, could be something completely different.

I like to think of it as a potential time to test an interaction. Why not come up to one of these symbols and draw a circle in the dirt? A universal symbol. Let them make it into something - rays of a sun, dot in the center, cross going through it. See how they finish this symbol. Learn their influences and show a willingness to communicate safely.

Any two researchers will tell you different things they have learned from these twig symbols, but they will agree - this is made by the Tall Ones and by putting it in the open - they are shyly offering something.

What that something is, remains the true puzzle in research.