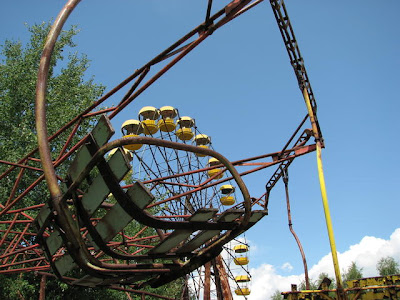 Perhaps the most infamous abandoned amusement park was the one at Priypat, closed down after the evacuation from the Chernobyl disaster. It's bad enough to have a park no longer used, but in the case of this particular park, it was due to open 4 days after the Chernobyl disaster. It was a park built, ready for happy memories, only to be dead, like the promise of tomorrow for the people of that region. 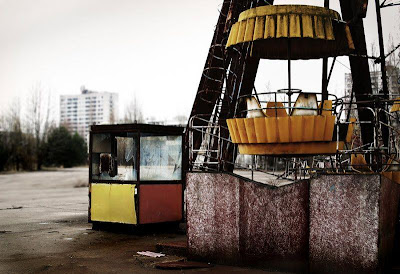 Other parks close for tragic reasons. One of the most depressing ones is perhaps the Six Flags Park at New Orleans, closed after Hurricane Katrina. 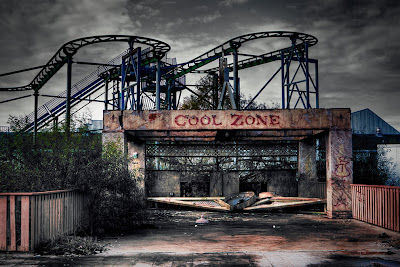 Japan has a few abandoned amusement parks. What I would give to have this clown's head! 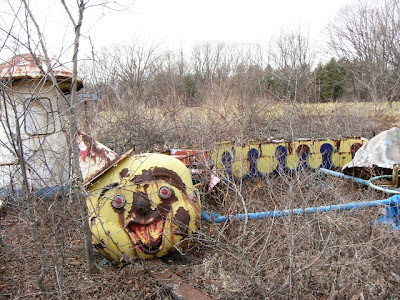 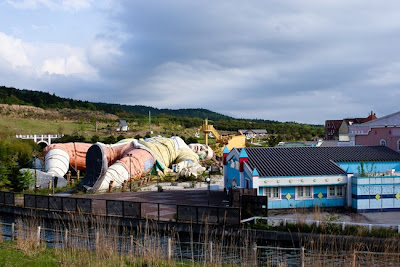 Joyland Amusement Park in Wichita, KS, is a good old-fashioned American amusement park that was open for over 50 years. 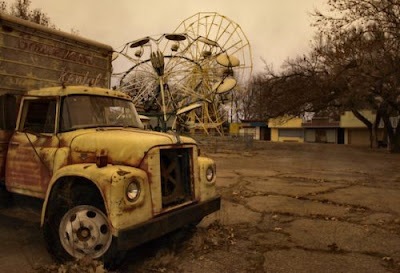 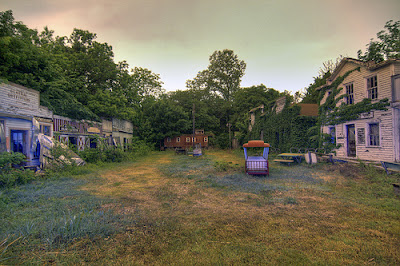 This park, Dadipark, in Belgium is quite haunting; like visiting your childhood playground when no one any longer uses it and you are a giant trying to revive the memories on the still rides -

Personally, I've always had a dream of owning some old carnival and amusement park rides and items that are rusted and nasty. In my dream world, I have my writer's office in a barn where these things surround me, or fill a garden with vines growing over them. 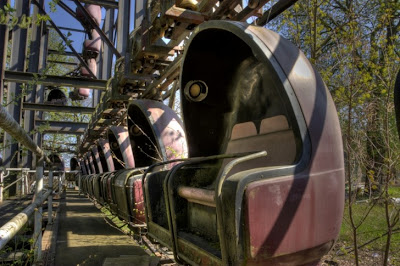